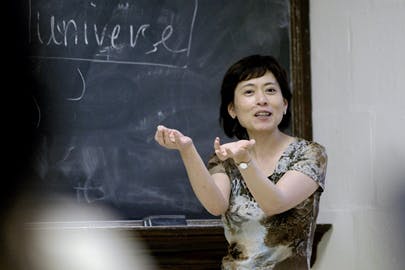 For several months, determined groups of Duke University students have called for the establishment of an Asian American studies major in the Trinity College of Arts and Sciences — an effort that has recently won some support while advocates say progress has been slow.

Duke is considering the development of the major, partly in response to a racially charged incident that targeted students of Asian heritage.

Christine Lee, vice president of political affairs for Duke’s Asian Students Association, said in an email to Diverse, “This program would affect students immensely. Although student organizations have been doing a lot of good work to support and educate students about AAPI (Asian American Pacific Islander) issues and history, this type of institutional support would be a tremendous support to AAPI students at Duke.”

Lee detailed the history of concerns of Asian American students at Duke, dating back to 2002 and reignited by a racist fraternity party in 2013.

“Late last semester, ASA, AAA and Diya gave the administration a list of demands at a forum organized by Concerned Students,” Lee’s email stated. “These demands were a reiteration of the demands given by AAA in 2013 following the Asia Prime party, none of which had been met at that time.”

Lee was referring to an incident in 2013 that outraged many students and other members of the campus community. Kappa Sigma fraternity held a party at which guests dressed in stereotypical and racist attire that mocked Asians and Asian Americans. A university investigation ensued; the fraternity apologized and was subsequently suspended from operating on the campus.

Lee D. Baker, Trinity college dean of academic affairs and associate vice provost for undergraduate education, told Diverse, “I recognize how the students feel and I am both empathetic and sympathetic to their desire to have a certificate or a major in Asian American studies.” He said, however, that he is “trying to gauge the relative commitment” of students to pursue either a certificate or major in Asian American studies.

Christine Lee said that the demand is there. She said the current offerings are not convenient or consistent. “Students want to take these classes; we just don’t have the institutional framework and support for professors to have them very often, unfortunately.”

Duke’s independent student newspaper, The Chronicle, weighed in recently with an editorial recommending “a certificate for Asian-American Studies to acknowledge the interdisciplinary nature of the area across the humanities and the need for research through capstone projects.” The publication also urged the formation of a “working group to explore possibilities” as a first step, but urged that the group’s efforts “not fade over time” as efforts had.

Duke is one of scores of institutions that have experienced strong reaction from racist activities, often initiated by White fraternity groups.

Ethnic-themed frat parties have set off protests at some of the nation’s top universities: A Crips-themed Kappa Sigma holiday party in 2015 at Clemson dubbed “Clemson Cripmas”; an “MLK Black Party” in 2014 hosted by Tau Kappa Epsilon fraternity at Arizona State University where guests wore sagging jeans and drank from carved-out watermelons; a “border patrol”-themed gathering in 2015 by Phi Gamma Delta at The University of Texas at Austin where revelers wore sombreros and ponchos. And the infamous Oklahoma incident in 2015 in which Sigma Alpha Epsilon members were seen nationally on video singing a chant about lynching Black people —using the N-word.

Just to mention a few.

“Administrators need to respond more proactively to racial issues and racial discrimination on their campuses,” said Dr. Linda Trinh Vo, president of the Association of Asian American Studies. “There needs to be more sensitivity and more awareness that student populations on campuses are much more diverse and in many ways alumni are also becoming more diverse.”

However, she said demographics alone should not determine the need for Asian American or other ethnic studies programs. “They are important on campuses that do not have a lot of Asian American students,” said Vo, a professor of Asian American studies at the University of California, Irvine, adding that students of various backgrounds benefit from studies about the nation’s ethnic populations. The Duke Chronicle also addressed the demographics issue in its editorial, stating, “Duke already has entire programs dedicated to comparatively smaller student populations and areas of research,” and noted that 28 percent of the graduating class of 2019 identified as Asian, Asian American or Pacific Islander.

Proponents of ethnic studies programs and majors say that they support diversity and promote understanding of various cultures, which can lead to improved race relations, particularly on campuses that have experienced racial conflict.

Vo said student-activists are persistent. “At one time when these incidents occurred, administrators could look the other way and brush them aside, but no longer.”