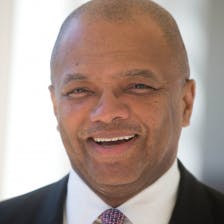 Broderick Johnson, chairman of the My Brother’s Keeper Task Force, says “there is still much more to be done.”

Two years after President Obama established the My Brother’s Keeper (MBK) Task Force — a coordinated federal effort to address persistent opportunity gaps faced by boys and young men of color — the initiative is on track to meet and/or surpass its initial goals.

In a conference call with stakeholders last Friday, Obama administration officials said that public and private ventures over the past two years have led to a dramatic increase in new MBK initiatives and programs across the nation. There are currently 250 MBK communities in every state, including the District of Columbia and Puerto Rico.

“We are not slowing down,” said Broderick Johnson, chairman of the My Brother’s Keeper Task Force. “We know there is still much more to be done and we know we are just getting started.”

The success of MBK may become a part of Obama’s enduring legacy. Praised by Republicans and Democrats alike, the initiative — which has drawn support from more than 20 agencies at the federal government level — has been instrumental in generating $600 million in private donations aimed at supporting MBK programs and efforts throughout the nation.

Johnson said that, since MBK’s report last year, more than 50 additional communities have accepted the My Brother’s Keeper Community Challenge, including those in seven new states. He said that more than 80 percent of the recommendations the MBK Task Force sent to the president two years ago are complete or on track for completion.

Additional highlights of this year’s report include new efforts already underway, including an ambitious partnership between the U.S. Department of Education and Johns Hopkins University in Baltimore to pair 250,000 sixth and ninth graders with trained adult mentors.

Last July, the U.S. Department of Justice and the Department of Education unveiled the “Second Chance Pell” program that will allow incarcerated people to receive federal aid to take college classes.

In response for calls to curtail suspensions and expulsion rates particularly in urban areas throughout the nation, 40 school districts have voluntarily agreed to restructure their approach to school discipline.

The results of MBK initiatives can be felt on the local level, said John Barros, chief of economic development for the City of Boston.

“This is not only a moral issue, it is an economic imperative,” said Barros, who added that more work still needs to be done to address lingering racial disparities. “In order to build a better Boston, this is the work that we need to focus on.”

Meanwhile, Delta Psi Boulé of Sigma Pi Phi Fraternity, Incorporated recently joined the Boys & Girls Club of Athens, Georgia, and several other private and public entities to convene the inaugural Blue & You Police-Community Forum. The purpose of the forum was to improve communications, enhance understanding and encourage a better working relationship between youth and teens of the Athens-Clarke County Georgia community with local law enforcement agencies.

Sigma Pi Phi Fraternity — also known as the Boulé — is one of a number of organizations actively working with the White House on My Brother’s Keeper.

Dr. Brian N. Williams, an associate professor of public administration & policy in the School of Public & International Affairs at The University of Georgia and a member of the Sigma Pi Phi Fraternity’s Grand Commission on Young African-American Males, coordinated the Blue & You Forum that attracted more than 170 participants.

“The forum was an excellent way for the youth of our community to become involved in helping to shape this community’s relationship with local law enforcement,” said Williams.

Dr. Jerlando F. L. Jackson, the Vilas Distinguished Professor of Higher Education Educational Leadership and Policy Analysis at the University of Wisconsin–Madison and chair of the fraternity’s Commission on Young African American Males, said that these kinds of initiatives are crucial in helping to improve relations between police and young men of color.

“The forum allowed officers to interact and engage with youth, teens and other members of this community in a positive, nonthreatening way,” said Jackson, who has written extensively on young men and boys of color and is the architect of the fraternity’s ongoing work with young men of color. “I am pleased that I was able to participate in this forum, as it allowed for members of this community and their police officers to gain a better understanding and appreciation for each other.”