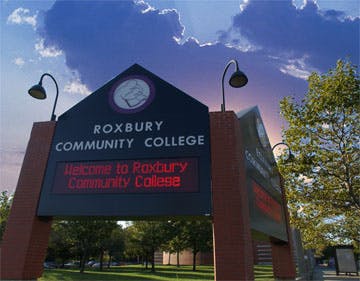 Boston’s Mayor Marty Walsh has launched a new program that will provide two years of community college to low-income high school students who graduate with at least a 2.2 grade point average.

The goal, Walsh said, is to promote higher education without forcing students to be saddled with thousands of dollars in debt by taking out student loans.

“It’s really an opportunity to get kids on a pathway to success,” Walsh said. “There’s no excuse why we don’t have more kids participating in colleges, [and] in four-year colleges, once we get them through the community college process. We have a couple of great community colleges here in the city of Boston, and it’s the way to go.”

Walsh’s efforts come amid a national push by the Obama administration to make community college available to all high school seniors. Several states, including Tennessee, have already experimented with free community college for students.

“The single most effective way to break down the social and financial barriers facing many Boston families is to make post-secondary education free and accessible,” Walsh said.

He added that grants would be available for students whose total family income is $50,000 or less and suspects that about 150 to 220 students will take part in the program when it launches for the first year next month.

Although the Boston region is known for its most elite colleges and universities such as Harvard, Tufts and Boston University, many low-income and first-generation students—particularly immigrants who settle in the area from other countries—pursue their academic studies at Bunker Hill Community College or Roxbury Community College.

Walsh said that his new initiative will allow students who did not do well in high school to establish a fresh start to earning their bachelor’s degree.

“A 2.2 GPA will not make you eligible for a lot of four-year colleges, and this is an opportunity to kind of pull your grades up,” Walsh said. “Me, personally, when I graduated high school I went to Quincy Junior College for a year to try and straighten out my grades … and it worked because I got into Suffolk [University].”

He said the city will use funds from the Neighborhood Jobs Trust, which is funded by fees paid by the developers of downtown construction projects, to cover the tuition payments.

“This is just the beginning,” said Dr. Tommy Chang, superintendent of the Boston Public Schools. “There is broader work to be done, but we have to make a promise to our young people that provides a pathway to a living wage. We believe that the community college is part of that.”

Chang, who arrived in Boston from Los Angeles last year to oversee the 57,000-pupil school district, said that, despite strong performance on student assessment exams, a student achievement gap continues to exist between the haves and the have-nots.

“We start segregating kids at a very young age,” he said. “That separation of kids cuts across racial, cultural and linguistic lines. We are literally tracking kids. There is an equity issue that has to be dealt with.”