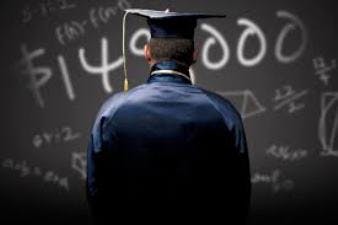 Student debt is taking a staggering toll on new graduates to the point where many feel their lives are “hung up” and they can’t make major moves such as getting married, buying a house or pursuing more education, a new survey released Tuesday states.

“Rather than opening up pathways to success, in some cases, these big education bills are having the reverse effect,” said Chris Duchesne, vice president at EdAssist, a company that helps businesses with their tuition assistance programs.

The survey—titled “Student Loan Debt: Who’s Paying the Cost?”—revealed a number of troubling statistics about the practical ways that student loans are impacting college graduates in their everyday lives.

For instance, the survey found that:

Scholars differ over the extent to which the survey accurately portrays the plight of student loan borrowers.

“You have to take all of this with a grain of salt,” said Anthony Carnevale, director of the Georgetown Center on Education and the Workforce.

Carnevale noted that the survey is based on the “self-reported feelings of debt-holders, which is not the most reliable source of information on this question.”

“Other research that has compared the behavior of debt-holders and those without debt contradicts the findings of this survey,” Carnevale said. “College graduates are more likely to buy homes and get married than people with less education.

“So if you want to get married or own a home, going to college is a good idea,” he said. “Not going to college means you’re unlikely to have access to a job that pays a living wage and won’t be able to afford to buy a home.”

Carnevale said, generally, the differences in home ownership rates between college graduates with and without student loan debt have been small.

“In fact, debt-holders are slightly more likely to own homes than people without student loan debt,” Carnevale said.

Barbara O’Neill, distinguished professor and specialist in financial resource management at the Rutgers Cooperative Extension, had a different take.

“It’s having a major impact not just on the students themselves, but also on the rest of society,” O’Neill said of student debt in general.

One of the biggest problems is that student debt is forcing graduates to spend money paying off student loans that they could be saving.

“The forgone savings is particularly troublesome because, if they’re not saving in their 20s, they’re losing the opportunity to get maximum compound interest,” O’Neill said.

O’Neill is co-author of a 2015 paper titled “Homeownership Among Millennials: The Deferred American Dream?” The paper found—similar to the EdAssist survey—that student debt was impeding college graduates from becoming homeowners.

“The reasons are as follows: first, student loan debt burden may disqualify millennials for mortgage loans due to low credit scores and high debt ratios,” the paper states. “Second, debt aversion may discourage student loan holders from taking on additional debt for homeownership.”

The paper found that student loan holders are likely to delay buying a home rather than giving up homeownership altogether.

Jerry Basford, who oversees the Personal Money Management Center at the University of Utah, said one of the questions that student debt provokes is: “Is it worth getting a student through college in four years when they’re going to have to pay for 40 years?”

Basford, associate vice president of business and auxiliary services at the university, said one of the struggles of higher education is to make sure there’s enough money to pay faculty and staff and to provide students with the amenities in buildings and technology they want and at the same time provide an education that is affordable.

Nonetheless, Brasford said, students still must take some responsibility for figuring out if their college education will pay off based on their chosen profession.

For that reason, he said, it’s important for students to seek advice from someone who understands how financing a college education works.