NCORE Director Kathleen Wong(Lau): Path to Inclusion Must Be Carefully Mapped Out

SAN FRANCISCO ― When Dr. Kathleen Wong(Lau) was recruited for a job as a chief diversity officer, she initially declined to apply. She felt fulfilled in her current post digging deep into diversity and inclusion issues at the University of Oklahoma (OU), where she has been for barely two years. 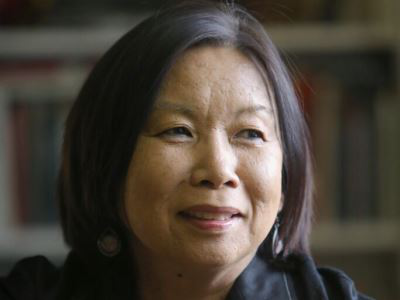 But upon learning that the job vacancy was in northern California, where she grew up and where many of her relatives still live, she changed her mind. Not only did Wong(Lau) apply, but she was hired to become diversity chief at San Jose State University (SJSU).

Not that the job is any cakewalk, however.

SJSU has been rocked in recent years by revelations that, in 2013, a Black freshman was subjected to a string of hazing incidents — including a U-shaped bicycle lock being clamped around his neck — by White students living in the same dorm as the freshman. The Whites, who have since been expelled, nicknamed him “three-fifths” and “fraction,” references to when African slaves were each counted as three-fifths of a White person for the purpose of giving additional congressional representation to slave-holding states when in fact slaves were still regarded as property.

Revelations of the abuse and bullying in the dorm sparked student protests, complaints and community outrage about an environment that they say is hostile to Blacks, who make up only 3 percent of the 33,000-student enrollment. This year, a jury that had no African-Americans convicted three White defendants of misdemeanor battery against the Black student but did not reach guilty verdicts on more serious hate crime charges. One student received probation and the other two were each sentenced to 30 days in jail.

“I understand the urgency, the high, material expectations, all of it,” Wong(Lau) said of her new job, in a recent interview with Diverse. “I’m not fearful of it.”

As part of applying for the chief diversity officer post, Wong(Lau) visited the campus in March, about a week after the trial. There’s reason to believe she fully grasps the gravity of the circumstances and festering racial tensions at SJSU.

Wong(Lau) was at OU last year when video surfaced showing members of Sigma Alpha Epsilon, one of the largest fraternities nationally, singing a racist chant with African-American slurs and a lynching reference. Fraternity brothers were members of OU’s SAE chapter, which was immediately shut down. The university expelled two of the participants and disciplined more than 20 others.

What received far less press coverage and scrutiny, however, was that Wong(Lau) was assigned by OU’s administration to design and implement a mandatory, in-person, freshman and transfer diversity experience for about 5,000 students entering OU in fall 2015, which included about 32 percent underrepresented ethnic minorities.

Since 2014, Wong(Lau) has been director of OU’s Southwest Center for Human Relations Studies and director of the National Conference on Race and Ethnicity in American Higher Education (NCORE). She has launched faculty training institutes and administrator training on management and leadership on diversity and innovation. OU’s center is a social justice organization that promotes equity and human rights through education, research and advocacy.

OU President David Boren specified five hours of diversity training for freshmen and transfer students at the predominantly White institution of 20,000 undergraduates. Wong(Lau) used multiple, in-person platforms and venues to conduct the training, such as incorporating the curriculum into “Camp Crimson,” a three-day summer orientation during which new students learn about academic expectations and OU traditions.

At the annual NCORE conference in San Francisco this week, Wong(Lau) and her OU colleagues discussed some of the logistical, personnel and programming challenges of integrating serious subject matter into what is normally a fun, energetic event. Among other things, the curriculum aimed to teach students how to better recognize and respect differences among people and how to better understand the harm behind stereotypes.

Many aspects of the diversity training are listed on OU’s website.

Consequently, Wong(Lau) and her colleagues spent more time explaining how they avoided pitfalls and sharing some of the outcomes rather than delving deeply into actual content. But Wong(Lau) did emphasize what topics students discussed with each other in small groups of four during summer orientation: each person’s race/ethnicity, socioeconomic class, sexual orientation and gender identity and ― perhaps most importantly — spiritual and religious identity.

“You have to make sure your curriculum is bulletproof,” Wong(Lau) told NCORE participants. “For kids from small towns, Christianity is very important.”

She noted that OU received no complaints about race-based discussions — but did receive a few about the LGBT discussions from religious conservatives, “making it important that one-fourth of the time we were talking about religion so that no one felt excluded.”

OU Assistant Director of Student Life Zac Stevens said that, during the school year, freshmen attendance at the orientation reunions was higher than during previous years. He attributed this to student engagement that occurred during the diversity training, which was the only orientation component different from previous summers.

“Not everyone likes the ‘rah-rah’ stuff at orientation,” Stevens observed. “But students who had diversity training at Crimson Camp were having more meaningful conversations than what occurred previous summers.”

He and Wong(Lau) related how one of the OU faculty members told them about a surprising development during a class discussion he leads every year about intersectional issues. Normally, the professor has to prod the discussion along or students refuse to talk. This past academic year, however, the professor didn’t encounter the customary silence. Instead, a few freshmen started talking about cognitive empathy — a term they said they picked up during the diversity training that refers to taking others’ perspectives, which indicated they hadn’t forgotten their training when orientation ended.

Wong(Lau) said that the success of diversity training during orientation hinges upon having adequate numbers of sophomores, juniors and seniors to work closely with the new students. The training should also be integrated across as many regular orientation activities as possible — rather than lumping it together, separated from other programming.

Prior to joining OU, Wong(Lau) was a Western Michigan University faculty member. Last year, Wong(Lau) was recognized as one of the Top 25 Women in Higher Education by Diverse.

During the interview before the NCORE conference, Wong(Lau) said that diversity and inclusiveness are about much more than just a person’s feelings, especially feeling good.

“As important as feelings are, the work involving equity is about working with people who are different and sometimes have very different points of view,” she said. “Sometimes it’s painful. If you’re in an argument with someone, or you don’t like each other but can still work together, that is acceptance and respect and that is what inclusion is about.”

She said that, ideally, the curriculum for mandatory diversity training should address participants “from where they are and the theoretical premise of where you want them to go.”

She added, “Those of us in diversity work want the reward right then and there, but be realistic. Change is doable but it takes time.”