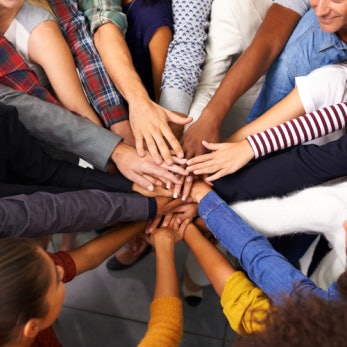 Washington — Now that the U.S. Supreme Court has ruled to uphold the use of race in college admissions, colleges and universities should assess their policies in a way that takes a more nuanced look at diversity, a higher education scholar said Tuesday.

“Diversity is not only about numbers, it is also about inclusion,” Garces said. “It’s about the interactions that take place among students, the particular context in which these interactions take place, and the conditions that help generate cross-racial interactions.”

She said all those factors “help generate the benefits of diversity” but added that institutions of higher education must do more to document it.

“By gathering evidence across these dimensions, institutions can help develop a record of evidence that relates to the ongoing justification of using race in admissions,” Garces said.

Garces made her remarks Tuesday during a panel discussion titled “After Fisher: What the Supreme Court’s Ruling Means for Students, Colleges, and the Country.” The forum was convened by the American Educational Research Association, or AERA.

Garces echoed a key element of the Fisher ruling that said the ruling does not necessarily mean that UT Austin may continue to use its race-conscious admissions policy “without refinement,” but that the university has an “ongoing obligation to engage in constant deliberation and continued reflection regarding its admissions policies.”

Other speakers touched on what the ruling means for institutional practice and the role that researchers should play in developing a body of evidence to help race-conscious admissions policies withstand future attacks.

“The court did not attempt to quantify what ‘critical mass’ is supposed to be,” observed Angelo N. Ancheta, counsel of record for the AERA “friend of the court” brief in support of UT Austin. He was referring to the term that is used to represent a certain level of underrepresented students at which the educational benefits of diversity kick in and such students no longer feel isolated.

“I would suggest this is still ripe for a lot of scientific research,” Ancheta said of “critical mass.” “We should look at how educational benefits flow and how we look at goals and structures to promote these benefits.

“We need to have a better sense of how these things operate, but the court itself does not say you have to have a specific number, and that’s consistent with prior case law.”

Theodore M. Shaw, Julius L. Chambers Distinguished Professor of Law at the University of North Carolina School of Law, said Justice Anthony Kennedy, who wrote the majority’s opinion in the Fisher case, rightly recognized that, if UT Austin had used a number to indicate when a critical mass is achieved—as Abigail Fisher, the plaintiff who brought the case, had suggested—it would have put the university in a legally precarious position.

“As soon as you use a number, you will be in quota territory,” Shaw said, noting that quotas are prohibited under prior case law.

“At the same time, [regarding] critical mass concepts, we have a lot of back and forth of what it means,” Shaw said. “What it does go to is isolation of students of color. You need to ameliorate that experience. Is there one particular number? No. But we will continue to see this as a line of attack in subsequent places. I don’t have any question or doubt about that.”

He noted that two pending Supreme Court cases—against Harvard and UNC-Chapel Hill—are seeking to overturn the Supreme Court’s rulings in favor of allowing the use of race in college admissions.

Both cases are being brought by Students for Fair Admissions, an Arlington, Va.-based group that opposes the use of race in college admissions.

The Harvard case argues that Harvard is intentionally discriminating against high-achieving Asian Americans by making it more difficult for them to get into Harvard.

Gary Orfield, distinguished research professor of education at UCLA, said there is an ongoing need for researchers to delineate the differences that exist among various Asian American groups in order to destroy the “model minority” myth that all Asians excel at high academic levels.

“This is a community that needs to be analyzed by group, not by entire populations, because anything that says ‘the entire population’ would be oversimplifying a complicated reality,” Orfield said. “There’s no reason we can’t have colleges thinking about that and including affirmative action groups that are extremely disadvantaged. We’re capable of thinking that through, and we do need better data.”

Stella M. Flores, associate professor of higher education at NYU, said universities should make better use of datasets and form “stakeholder teams” in their states to better understand how low-income and underrepresented students are being admitted to college.

“Data matters, and perhaps the most powerful strategy is to have stakeholder teams for college access,” Flores said.