Washington — In an effort to refocus the student financial aid system on student needs and limitations, policy analysts unveiled a new paper Tuesday that espouses a “Rule of 10” in which the net cost of college should equate 10 percent of a family’s discretionary income over 10 years, coupled with 10 hours of work per year throughout the duration of a 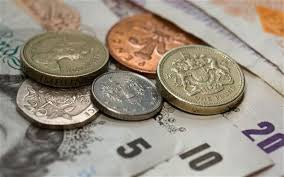 Anything beyond that would be considered “unaffordable,” according to Mark Huelsman, author of the paper and senior policy expert at Demos, a public policy organization in New York.

“We don’t have to all come to the same standard definition,” Huelsman said Tuesday at the annual conference of the National Association of Student Financial Aid Administrators, where he presented his paper. The paper, titled “Out of Reach? How a Shared Definition of College Affordability Exposes a Crisis for Low-Income Students,” can be found here.

“But I think it’s more important that we start really feeling out our first principles on this issue in a way that we haven’t before.”

Asked by Diverse if the plan was feasible for colleges and universities, the government and taxpayers, Huelsman and his collaborators at the Lumina Foundation, which developed the “Rule of 10” and provided support for the paper, said the concept is meant to be a conversation starter in the higher education policy world, as opposed to a full-fledged plan.

They also cautioned against using the “Rule of 10” as a “personal finance tool” and said it’s meant to refocus the discussion on college affordability on students in a way that makes it less financially burdensome than the current system, which produces graduates laden with an average of $30,000 in student loan debt.

Under the Rule of 10 framework, college is not affordable for students from families of lesser economic means in any state, Huelsman’s paper found.

“Between low wages and high net [college] prices, no state can claim that the average four-year college is affordable for low-income students, using the Rule of 10,” the paper states.

But the paper found great variation among states in the extent to which college is unaffordable.

For instance, the “affordability gap”—or the difference between the cost of college and what families would pay under the Rule of 100—is just over $11,000.

But in other states, such as Delaware and Ohio, the gap is closer to $35,000. North Carolina’s gap is smaller because the state funds higher education at a level that is higher than the national average, the paper states.

One of the biggest insights the paper provides is information on what college affordability looks like for different racial groups under the Rule of 10 based on their average group earnings.

“Among students who take on loans and earn the expected median income for college graduates, all workers still see an affordability gap,” the paper states. “However, black and Latino students in our scenario face larger affordability gaps (over $12,000 and $14,000, respectively), than white and Asian students.”

The paper notes that, in some states, increases to the Pell grant—currently at $5,815—or the minimum wage could make college more affordable under the Rule of 10.

The NASFAA conference afforded financial aid workers the opportunity to attend workshops that covered topics that ranged from how minorities can parlay their volunteerism into leadership positions to tips on how to identify “diploma mills” that award high school diplomas that are worthless for purposes of college admissions.

Sometimes, it’s a simple and straightforward matter of just googling a purported high school’s address to see what comes up.

That’s what the Executive Director of Financial Assistance Operations at St. Petersburg College Seminole Campus did with one suspect high school. He discovered that its address was actually a UPS store.

Attendees also heard from U.S. Congressman Bobby Scott (D-Va.), who, among other things, vowed to fight to keep Congress from using $1.3 billion in Pell grant funds for purposes other than Pell grants.

“If we’re going to improve the Pell grant program on reauthorization (of the Higher Education Act), we have to make sure the money stays there so that we have money to make those improvements,” Scott said.

The House Appropriations Committee is slated to consider a fiscal 2017 education, health and labor appropriations bill Wednesday that contains the $1.3 billion in cuts to the Pell grant program.

“The House Labor-HHS-Education FY17 Appropriations bill sends a clear signal that college access, affordability, and institutional quality for low-income students is not a congressional priority,” the Education Trust said in a statement Tuesday.

“Instead of cutting these funds, legislators should focus on strengthening the Pell Grant program.”