California’s K-12 students will be learning more about the contributions of the LGBT community in the public school curriculum, as early as this fall. The California Board of Education voted in favor of a new History-Social Science Framework that builds on the Fair, Accurate, Inclusive and Respectful (FAIR) Education of 2012, which requires a more comprehensive representation of the LGBT community in school curricula. 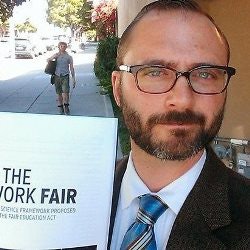 “The scholars, LGBT advocates, educators, and students who were pushing for these changes wanted to make sure that there weren’t just token mentions of Harvey Milk and Stonewall in 11th grade,” said Dr. Don Romesburg, an associate professor and chair of the Department of Women’s and Gender Studies at Sonoma State University. “We knew that, both for the sake of historical accuracy and for student education and school climate, it was important that all students learn about LGBT lives and history in elementary, through middle and into high school.”

Under the new framework, references to the LGBT community will be woven into the existing curriculum, Romesburg said. Students will start learning about the LGBT community as part of family diversity as early as second grade. In fourth grade, they will learn about Harvey Milk and other LGBT activists. They will learn about LGBT contributions through high school, finally culminating in the U.S. history course in 11th grade, which will now include references to the fight for LGBT equality.

The new framework is the product of the FAIR Education Act, which required that LGBT Americans and people with disabilities be added to the list of social and ethnic groups, such as women, immigrants, minorities and individuals of diverse religious backgrounds whose contributions schools must include in the curriculum. However, when the law was originally enacted, it was not accompanied by explicit guidance from the state for educators to follow nor were new textbooks created reflecting a broader focus on the LGBT community.

With the development of the framework, that is expected to change.

“There was no real carrot for following the law, and there was no stick if you didn’t follow the law,” Romesburg said. “So we started focusing on the framework of the revision as a way of putting meat on the bones of the FAIR Education Act.”

An advisory commission of 20 scholars associated with the American Historical Association provided recommendations to the state Department of Education on the framework.

The FAIR Education ACT and the new framework have potential ramifications for the textbook industry, Romesburg said. “Textbook publishers are now going to have to look at this new framework and make sure that their textbooks reflect the content of that framework,” he said.

Since California is such a massive state, it represents a significant market share and potentially may also influence textbooks sold around the country.

Changes to the framework evoked widespread public interest in California, eliciting more than 10,000 email comments to the advisory commission since 2014. Although there was opposition to greater LGBT inclusion in the framework from some circles, overall, only a tiny fraction of the emailed comments were anti-LGBT, Romesburg said.

“At this point, the California Department of Education has put itself on the leading edge of LGBT content in schools and it absolutely history-making and ground-breaking,” Romesburg said. “It’s light years ahead of where anyone else is at this point. And it will absolutely be a guide star for other states that want to bring their frameworks and curriculums into the 21st century.”