PHILADELPHIA — Rodney Ellison is planning to enroll at The Community College of Philadelphia in the fall to escape the escalating cost of college tuition. 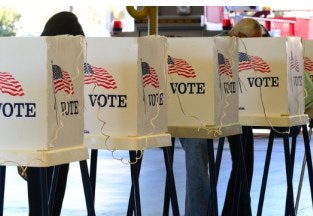 “It’s not my first choice, and eventually I may transfer to another college,” says Ellison, who graduated from high school last month and is scheduled to cast his first-ever vote in November’s presidential election. “Hillary Clinton is talking about college affordability, and, while it’s not as radical as what Bernie Sanders has proposed, it’s much better than what Donald Trump has to offer.”
A staunch follower of Sanders, Ellison will follow the directive of the U.S. senator who pleaded with his supporters on Monday night and urged them to cast a vote for Clinton.
“Too much is at stake to stay at home,” says Ellison, 18, who has aspirations of someday becoming a high school teacher. “Hillary Clinton may not be the best candidate, but she will build on Obama’s success.”
For Ellison—who was 10 years old when Barack Obama was sworn in—the cantankerous political struggle of the 1980s and 1990s around issues like protecting federal student financial aid is something he’s only studied in his high school civics textbook.
“I grew up with a progressive Black president who looked like me,” says Ellison. “Electing a woman president isn’t such a radical idea to me because my generation is used to women holding powerful positions in society.”
That’s the sentiments of many high school and college-aged students who have traveled across the country to attend this week’s Democratic National Convention. Their concern doesn’t seem to be on electing the nation’s first woman president, but on strained race relations—particularly on college campuses—and the uncertainty of whether they will be able to find a job when they graduate from college.
“In many ways, the rhetoric that we hear from the Democrats and the Republicans is eerily similar,” says Walter Hudson, who recently graduated from Wilmington University with his master’s degree and is planning to apply to law school. “While the Clinton/Kaine ticket is better than the Trump/Pence one, let’s not forget that the Democrats are nominating centrists who are fundamentally OK with the status quo. They are fairly conservative.”
Hudson, who founded the National Awareness Alliance, a civil rights group that has been protesting the Convention, worries that young people will tune out politics and decline to run for office in the future.
“There is a sense among my generation that politicians are untruthful, insincere and will do anything to get elected,” says Hudson, who is planning to write in a name on his ballot—perhaps Shirley Chisholm, the late Black Brooklyn congresswoman—when he casts his vote in November. “We are tired of business as usual, and we want a change.”
But it’s unclear how these youngsters will affect that change, since experts predict that voter turnout between the ages of 18 and 35 is expected to be much lower than in 2008 and 2012 when Obama slid to victory with the support of the youth vote.
Education advocates say they’re disappointed that Republicans and Democrats have not devoted more attention to the plight of education, particularly as it relates to students of color.
“Black parents of today are crying those same tears they cried during the civil rights era—tears of fear,” says Gwendolyn Samuel, founder of the Connecticut Parent’s Union, a membership association established to connect parents, guardians and families with the resources to advocate effectively for the educational rights of children.
“Moms like me fear that our children and communities will continue to be denied equitable educational and economic opportunities,” says Samuel. “My hope was that these conventions would move pass the rhetoric and messy partisan politics and focus on equity. But after watching all the infighting, it just confirms that the fears of parents of color are still warranted, and that is a tragedy.”
Jamal Eric Watson can be reached at jwatson1@diverseeducation.com. You can follow him on twitter @jamalericwatson