The city of Lawrence, Mass., is home to highest concentration of Dominicans outside of New York City. Klinbert Garcia, a student at the local Northern Essex Community College (NECC), can attest to Lawrence’s uniquely Dominican character.

“In New York I was with a different crowd in terms of demographics,” he said. “But when I arrived at Lawrence High, it was almost like going back to the D.R., being at home essentially, because these people relate to your culture and you can have similar conversations when it comes to family.” 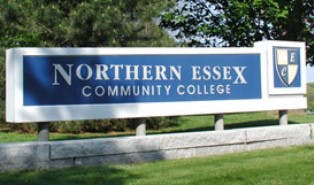 Garcia migrated to the U.S. from the D.R. when he was seven, and eventually moved to the Lawrence area when he was in high school. Now he is making his mark at Northern Essex: he was recently named a student trustee, and is in a business transfer program with plans to later attend the University of Massachusetts, Boston, for a four-year degree in entrepreneurship and management.

He credits Northern Essex with inspiring him with his current academic aspirations, after opening his eyes to the possibilities after introducing him to Hispanic professors and for taking him to visit colleges and universities in Boston. “I wouldn’t have had it in mind to go to Boston and check out the educational abundance there,” Garcia says, explaining that he took part in a PACE program trip to get a sense of what college options are in Boston.

Although Northern Essex’s Lawrence campus enrollment is growing quickly, a striking accomplishment in a time when college enrollments overall are declining, the city of Lawrence has one of the lowest college completion rates in the state. According to U.S. census data, only 12 percent of adults in Lawrence hold a four-year college degree, compared to the 39 percent of Massachusetts residents overall who have a college degree.

Yet recent initiatives at Northern Essex show that there is an untapped wealth of college education in Lawrence, in the form of degrees and credits earned by immigrants at colleges in other countries that have not yet been validated by a U.S. institution. This is an issue that is not unique to Lawrence. In cities and towns across U.S., someone who was a doctor or professor in the Middle East might now be working as a taxi driver, or a former pharmacist in South America might now be working stocking supermarket shelves.

According to the Migration Policy Institute, approximately 1.8 million college educated immigrants were working in low-wage, low-skill jobs in the period between 2012 to 2014. It is a phenomenon most commonly referred to as “brain waster.”

At Northern Essex’s Lawrence campus, where 66 percent of the student population is Hispanic, college officials are engaged in a multipronged approach to ease the process of validating credentials and credits earned overseas. The Lawrence campus Hispanic population is majority Dominican, and so the work is focused on the D.R., in the form of a partnership with the Universidad Autonoma de Santo Domingo, and the country’s first ever community college, Istituto Tecnico Superior Comunitario de San Luis, which was founded in 2013.

“What we’re trying to do is make it possible to complete degrees at either end,” said Dr. Lane Glenn, NECC president. “So if you go to the Universidad Autonoma de Santo Domingo or one of the other colleges in the D.R., you can get credits in both places and add them up for a college degree, even if you’re going back and forth. This arrangement can only benefit the city of Lawrence, economically, socially, and in other respects.”

Dr. Noemi Custodia-Lora, executive director of the NECC Lawrence campus,, who is of Dominican descent and is the moving force behind the partnership, is working directly with university officials and faculty in both the D.R. and the U.S. to map curriculum in academic areas that students who migrate between the two countries are likely to be interested in, such as IT, business administration, engineering, biology and health care.

The program is called PIÉS Latinos de NECC and its goal is to get more Latinos living in the greater Lawrence area working in professional positions, Custodia-Lora said.

NECC is also partnering with the Center for Educational Documentation (CED) in Boston, which evaluates relevant international college credits and degrees. Prior to the partnership, immigrants living in the greater Lawrence are would have to travel into Boston to submit their documentation, which was a barrier for some, Custodia-Lora said. Now the college will submit their documentation for them, and will help walk them through the process of deciding how to proceed with their education, Custodia-Lora said.

“Once the documents are back, then we sit down with them, and figure out what the best options for them are ― if they should enroll at NECC, if they should go to a four-year school, or if need training if they’re already professional,” she added.