Critiquing the Anti-Blackness in Mentoring

Mentoring rhetoric has reached a fever pitch since the Obama administration launched its My Brother’s Keeper (MBK) initiative. Increased funding for on-the-ground programs supporting and implementing versions of the initiative has meant that the mentoring and youth development market finds it particularly appealing to pander to communities of color. This work, which appears progressive on one end, highlighting data that illustrates the Black male experience as particularly daunting in comparison to their White counterparts, is somewhat insubstantial when it comes to altering mentoring praxis so that it can be better utilized to confront this experience. And this isn’t just true of the mentoring happening in the MBK space — this applies to mentoring for Black youth in most spaces. 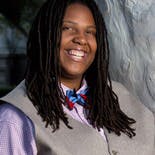 There is a call to action, a request for mentors to engage in providing support systems for these young people, but that call to action is couched in friendly discourse about respectability. The call often focuses on helping young people make “right” decisions, helping them dress well, helping to cultivate the resilience we think they’ll need to survive in this America. This mentoring ignores systemic inequality, but it also encourages mentors to engage in a process to “un-other” Black youth and it all smacks of a certain anti-Blackness.

In 2014, Michael Jeffries, a professor of American studies at Wellesley, discusses America’s reckoning with its anti-Blackness in an opinion editorial about happenings in Ferguson. His definition of anti-Blackness encapsulates the complexity of the term: “it is not merely about hating or penalizing Black people. It is about the debasement of Black humanity, utter indifference to Black suffering, and the denial of Black people’s right to exist.”

Utilizing this definition allows us to see the anti-Blackness of mentoring at work. Most folks involved in mentoring wouldn’t identify themselves or the structures they operate in as anti-Black, and yet, the very ways in which mentoring is approached exemplifies the sentiment. Mentoring based on hierarchical notions, goals of respectability, and aspirations of assimilation become an avenue for erasing the Blackness of our young people and align with the aforementioned aspects of “indifference to Black suffering, and the denial of Black people’s right to exist.”

This mentoring doesn’t critically acknowledge context, doesn’t speak to negative racialized experiences, and doesn’t center or value the beauty of Black existence. What it does is “make youth over” so that they are more acceptable to dominant society and, as a result, justifies the harm done to them by actions fueled by anti-Blackness. This “un-othering” devalues the spectacular beauty of the cultural currency these young people possess: their Blackness. As grown folks needlessly justify this encouragement to assimilate, to normalize, to “un-other” young people, they can call it a great many things, but they can not call it mentoring. By fixing a CRT (critical race theory) lens over mentoring programs, practitioners can recognize this anti-Blackness and maintain a focus on issues that plague Black youth in economically blighted communities, which cannot be encapsulated or reported by color-blind, post-racial, liberal or White paternalistic notions of need. In the age of business ventures that masquerade as pedagogical oases for children, intellectually parched mentoring programs reify a political economy that vaunts Whiteness as a proxy for power. Whiteness is not limited to hue, but rather a political currency that is ratified and bolstered by the norms, artifacts, values and assumptions of academic institutions. This “un-othering” process is reminiscent of the LGBTQ community’s quest for marriage equality which ostensibly meant centering “normalcy” and attaching to Whiteness, ultimately distancing the core of the movement from those of color, the transgendered, gender queers and other non-conforming folks at the edges of binaries. This is not a comparison between the LGBTQ marriage equality movement and the civil rights or Black Lives Matter movement. That comparison is problematic and evoked far too often; it is instead a lesson that each time an othered community attempts to gain more value by un-othering themselves, it frequently means centering Whiteness, marginalizing members and ultimately devaluing important cultural currency.

It’s happened time and again and it’s taking place within mentoring. Anglo normativity has demarcated Eurocentric values as the aspiration of all youth, and mentoring programs, a facet of social programming, serves as a process to homogenize and, by extension, create a deficit quotient among Black youth. The lack of critical nuance that fails to consider the context of and obstacles for Black youth hyper-individualizes mentoring programs. As a result, Black youth are held solely responsible for ecological challenges and, as a result, issues such as poverty, gentrification, incarceration and violence are seen as constructs of Blackness rather than an omnipresent oppression. The concept of critical mentoring aims to reclaim mentoring as a space for youth centrism, youth voice and youth agency, especially in Black communities where young people have been dispossessed in both literal and figurative terms. If the preparation of Black youth, especially as viewed by mentoring and youth development programs, is measured by the social distance between them (for example — coercing Black boys to dress in suits when outside and cut their hair) and the cultural literacy of protégées and their families, then that process is anti-Black. Mentoring is intended to be a collaborative process in which both mentor and protégé “get and stay woke.” It is meant to be a process in which youth voice and culture is centered, advocated for and enriched. The young person and where they come from is to be affirmed and processes seeking to destroy that understanding, identified and disrupted. Mentoring is not a process for assimilationist anti-Black practices. It’s a place for trust, healing recognition and resistance. Ownership of both the word mentoring as well as the work of mentoring must be redefined and reclaimed, returned to a space that is youth-centric and affirming for communities of color.

Torie Weiston-Serdan (@Tweiston) is an educator and CEO of the Youth Mentoring Action Network in Southern California. She is author of the forthcoming book, “Critical Mentoring: A Practical Guide.”

Arash Daneshzadeh (@A_Daneshzadeh) is a faculty member at the University of San Francisco School of Education, as well as faculty for the Prison University Project at San Quentin State Penitentiary. He currently serves as director of programs at CURYJ (Communities United for Restorative Youth Justice) in Oakland, California.