Americans are more concerned about—and more supportive of—proposals to close wealth-based achievement gaps among students than they are about Black-White or Hispanic-White gaps. 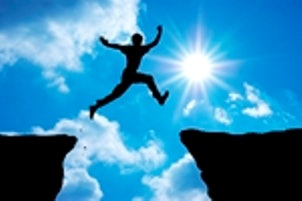 These are among the findings in a new report that explores the U.S. public’s beliefs about test score gaps and its support—and sometimes shortage thereof—for gap-closing initiatives.

Specifically, 64 percent of adults say it’s “essential” and a “high priority” to close the poor-wealthy achievement gap. But only 36 percent and 31 percent say the same about the Black-White and Hispanic-White gaps, respectively.

The findings appear in Educational Researcher, a peer-reviewed journal published by the American Educational Research Association. Titled “The Politics of Achievement Gaps,” the report is based on data from a survey administered to 1,000 members of YouGov’s online respondent panel. YouGov specializes in academic survey research and online political polling.

When asked about possible underlying causes for test score gaps, 44 percent of respondents said that none of the gaps between Blacks and Whites and Hispanics and Whites resulted from discrimination and injustice. Meanwhile, only 10 percent attribute “a great deal” of the race-based gaps to those causes.

“We were surprised that so many Americans believe race- and ethnicity-based gaps are minimally, or in no way, a result of the nation’s legacy of racial discrimination and injustice,” the study’s authors say.

Adds Dr. Jon Valant, one of the co-authors: “It’s hard not to feel a little sad about that. We expected some of those responses but were surprised there were so many. It’s an unfortunate finding.”

Survey participants were asked about other causes of achievement gaps. For all three gaps, the most common response was parenting, followed by student motivation—or lack of it—then, discrimination and injustice, followed by genetic differences among the populations.

“We were a little surprised by how people explained the existence of test score gaps,” Valant says.

The researchers found that an increase in how much respondents attribute a test score gap to discrimination is associated with higher ratings of the importance of closing that gap, even when controlling for respondents’ demographic and political characteristics. It was unclear, though, whether one causes the other.

Valant is a Tulane University postdoctoral fellow in economics. His co-author is Dr. Daniel Newark, an assistant professor in strategic organization design at the University of Southern Denmark’s marketing and management department.

The researchers found similar distinctions in American attitudes between wealth-based achievement gaps and race-based gaps when it came to solving the inequities.

Survey respondents voiced strong support in using teacher bonuses, school vouchers and summer school programs to help close the poor-wealthy achievement gap, but less than one-third of respondents approved of using one or more of these measures to close the Black-White gap and the Hispanic-White gap.

Valant and Newark theorize that relatability might have fueled the sentiments of some survey participants.

“It may be that Whites will be more inclined to support proposals to eliminate wealth-based achievement gaps because they can more easily conceive of themselves as poor than as Black or Hispanic,” the authors say in their report. “Many American adults, in fact, have experienced variation in their financial wealth over time. People could see the boundary between rich and poor as more permeable than the boundary between White and Black, or White and Hispanic, resulting in greater identification with those of different incomes.”

The authors continue, “A related sociological phenomenon that could lead to divergent reactions is the tendency for people to prefer developing social ties with those who are similar over those who are dissimilar. If the majority of Whites see those of a different economic class as more similar to them relative to those of a different race, then one might expect greater connection and concern between classes than races. This could influence how important a particular achievement gap is perceived to be and what one is willing to do about it.”

Because large, persistent differences in average test scores between historically advantaged and disadvantaged populations are a focal point of reformers’ and policymakers’ efforts to address educational inequities, the views of the American public play a role in shaping policymakers’ behaviors, the authors say.

That’s why they undertook their study, adding, “Elected officials tend to address issues to their constituents’ liking, particularly when those issues are salient to the public.”

However, such an approach “neglects that race- and wealth-based gaps have different origins, patterns and implications, with poverty and racial discrimination presenting distinct challenges,” they say.