Howard University has defeated a lawsuit by a former graduate student who claimed she was wrongfully denied readmission twice to the doctoral program in history. 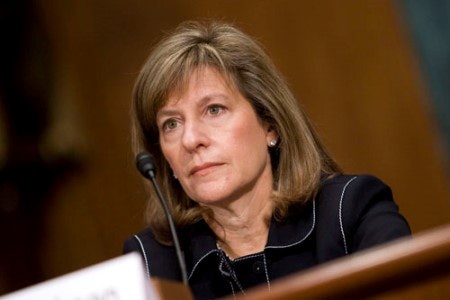 U.S. District Judge Amy Jackson dismissed the suit by Vanessa Holloway, who started in the program in 2005 and was last enrolled in 2010, when she earned no credits in two dissertation courses. Her GPA had been 3.75.

Holloway was unable to secure a faculty adviser when she applied to return in 2014, the decision said, a circumstance the suit attributed to her criticism of her former advisor who “bad-mouthed me” and was “being spiteful towards me.”

The suit accused Howard of a Title IX violation, defamation and emotional distress. It requested award of her doctorate and $300,000 in damages.

In her ruling, Jackson said there were no factual allegations connecting Howard’s denial of readmission to Holloway’s gender as required for a valid Title IX claim.

Similarly, the judge found the suit “devoid of any facts to support a defamation claim,” saying that the rejection letter’s mention of plagiarism can’t be defamatory because Holloway doesn’t assert that it’s false.

A racial and gender bias suit by a former adjunct lecturer at Borough of Manhattan Community College has fallen short.

The college initially hired part time Kpaka in 2011 to teach an art class. At the college, she received favorable reviews from two White female colleagues but wasn’t assigned a class to teach in spring 2014 though the college president allegedly had promised in a letter to reemploy her.

In throwing out the case, Abrams said Kpaka presented no evidence that race was a motivating factor in the decision not to appoint her to the search committee. The chair’s reference in a note to “Tom Sawyer” and “painting the fence” “do not support a plausible inference” that he was motivated by the fact that Kpaka is Black, Abrams said.

The comment alluded to an incident in Mark Twain’s novel where Sawyer persuades his friends to paint a fence for him she said, adding, “Rather than disparaging people of color, the reference is colloquially understood to evoke an attempt to manipulate others to do a menial task that he did not want to do himself.”

Nor was there evidence of racial or gender discrimination in the negative performance evaluations and the college’s decision to terminate Kpaka, Abrams said,

Title VII doesn’t protect employees from discrimination based on sexual orientation, the U.S. Court of Appeals for the Seventh Circuit has ruled in a case against Ivy Tech Community College in South Bend, Indiana.

The court rejected a suit by Kimberly Hively, a part-time adjunct professor who joined the faculty in 2009 and claimed that she was denied a full-time position and renewal of her contract based on her sexual orientation as a lesbian.

She also claimed that Ivy Tech violated a provision in the employee handbook stating that it wouldn’t discriminate based on sexual orientation.

The appellate decision affirmed a lower court ruling in the college’s favor dismissing the suit.

In an opinion written by Judge Ilana Rovner, the court said, “Title VII offers no protection from nor remedies for sexual orientation discrimination.

The decision noted that Congress has repeatedly failed to extend Title VII to cover sexual orientation.

The court predicted that a change lies ahead, either from the Supreme Court or Congress, but hasn’t yet arrived in time to help Hively. It said, “It seems unlikely that our society can continue to condone a legal structure in which employees can be fired, harassed, demeaned, singled out for undesirable tasks, paid lower wages, demoted, passed over for promotions and otherwise discriminated against solely based on who they date, love or marry.

“But writing on the wall is not enough,” it said.

In a statement, an official of Lambda Legal, which represents Hively, said, “”The court acknowledges that this is the wrong outcome and repeats over and over again that the distinctions between discrimination on the basis of gender nonconformity which is prohibited by Title VII and sexual orientation discrimination — which the court says isn’t prohibited — is an arbitrary line. Nevertheless, the court felt bound by” precedent.