Times are changing and colleges and universities are scrambling to keep up — at least when it comes to family benefits for employees, including graduate students who work as research and teaching assistants. 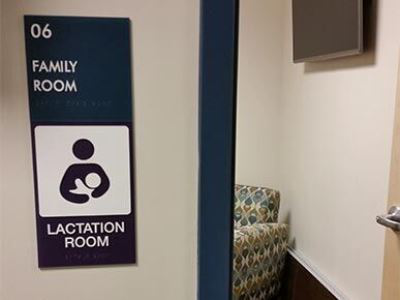 Provisions that attract and retain young scholars are essential, and expected, in today’s competitive world of academia. Parental leave for new mothers and fathers and on-campus lactation facilities are becoming the norm as parents strive to combine work and family life.

In April, the Graduate Student Senate at The University of Texas at Arlington passed a resolution calling for the university to plan for graduate teaching and research assistants to receive maternity or paternity leave while they are under contract.

For Vivian Ta, a UT Arlington Ph.D. student in psychology, the resolution represented a major step. She is president of the Graduate Student Senate, and it was that organization’s ­ first resolution since 2007. “If anything, this resolution sends a message to the administration that it would definitely help graduate students who have children, or are planning to have families, to transition through parenting and through their studies as well,” Ta told Diverse a month after the resolution was passed.

Many other universities already have similar policies, which the UT Arlington graduate students researched for six months before voting on the measure. One of those institutions, Purdue University, states on its website that its policy is “to provide Paid Parental Leave to benefits-eligible employees, including graduate student employees, due to the birth of an employee’s child or the placement within an employee’s home of an adopted child.”

At the University of Iowa, graduate students who are experiencing a new child entering the home and have a teaching or research assistantship may be eligible for paid and unpaid leaves, according to university policy, “although the UI does not adjust the time-to-degree clock for graduate student parents.”

Seven years ago, an often cited report, “Staying Competitive: Patching America’s Leaky Pipeline in the Sciences,” by Marc Goulden, Karie Frasch and Mary Ann Mason, called upon academia to improve in this area.

“Universities need to adopt baseline family responsive policies for all of their classes of researchers — not just faculty. Graduate student researchers and postdoctoral scholars receive the most limited benefits and are arguably the most important in affecting the future of U.S. science,” the report stated. Ta said the UT Arlington Graduate Student Senate “felt that our needs as parents were not really being addressed.

Those of us who work in research and teaching assistantships should have the same rights and same policies of maternity and paternity leave that people have in other places of employment.”

She said the resolution has been sent to the president for review.

Lactation facilities are another family-focused benefit becoming commonplace on campuses. In the early 2000s, a number of publicized incidents involving breastfeeding mothers on college campuses as well as more research papers on the subject brought attention to the lack of private spaces. 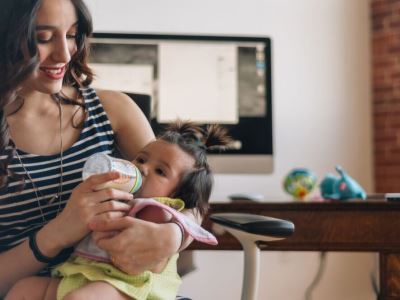 As part of the Affordable Care Act enacted in 2010, the Fair Labor Standards Act was amended to require employers to provide reasonable break time and a private place for nursing mothers to express milk while at work. Further, in 2011, “The Surgeon General’s Call to Action to Support Breastfeeding” pointed out that “only a quarter of U.S. employers provide breastfeeding employees with a place to express breast milk at the workplace.”

The number, size and appearance of the lactation rooms vary from campus to campus — some have plush furnishings, multiuser pumps, refrigerators and sinks, and may be used for breastfeeding or pumping, while others are sparsely furnished and allow pumping only.

UT Arlington has five lactation rooms, according to its website. At the University of New Mexico (UNM), the Women’s Resource Center “is supporting women who need to breastfeed or pump while on campus” with more than 20 lactation stations for nursing moms to utilize a comfortable space that offers privacy and support, according to a recent news release from the university.

Similarly, at Pennsylvania State University, demand for lactation facilities is growing, according to Lauren Lowe, program coordinator of the Breastfeeding Support Program. She says there are currently “11 publicized stations and we are continuously working on adding new stations. That’s one of our largest challenges moving forward.”

Lowe adds, “Intake policy dictates that everyone be provided accommodations.” The Penn State program is promoted as a restful place to “breastfeed or pump” and toys are provided in some of the stations.

At the University of Washington, its three campuses offer lactation services as spelled out in the collective bargaining agreement between the university and union that represents the academic student employees, or ASEs. Pumps are provided at some stations, and users bring their accessory kits. The current agreement also requires that the university and union meet twice a year to discuss expanding the number of lactation stations on campus and improving ASE access to lactation facilities and support.

Community colleges also are adding these accommodations — although the trend appears to be less robust. Some community colleges, according to their online information, offer only one lactation room, even on campuses with 10,000 to 15,000 students, faculty and staff. However, Central New Mexico Community College is a model, offering multiple “private and comfortable lactation stations for new mothers,” throughout six campuses “for a clean and safe environment,” according to its website.

State legislatures, along with the federal government, have prompted institutions to move forward. Twenty-seven states, the District of Columbia and  Puerto Rico  have laws related to breastfeeding in the workplace. In Colorado, for example, the Colorado Workplace Accommodations for Nursing Mothers Act, enacted in 2008, requires employers to provide adequate break time for an employee to express breast milk for up to two years after the child’s birth. (Federal law allows for one year.) It also requires, as does federal law, an employer to provide a private place other than a bathroom stall.

Ultimately, making life smoother for parents in higher education and their children is not only in the best interest of the families, but society as a whole, according to the research. The “Staying Competitive” report noted that, while “women represent a large part of the talent pool for research science,” they are more likely than men to fall out of the pipeline in the sciences before obtaining a tenured position. The report recommended that colleges and universities — with federal support — build “a full package of family friendly policies that take into account the career-family life course.”