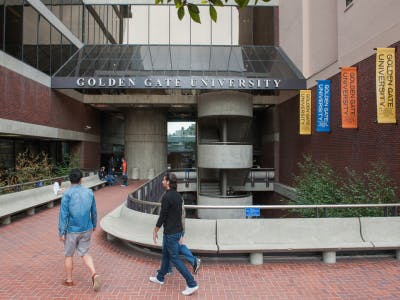 The magazine decided for the first time to include best institutions for adult learners — that is, students 25 and older — because adult learners are “arguably the largest and fastest-growing under-served group of students within higher education,” according to Paul Glastris, the magazine’s editor-in-chief.

“More than 40 percent of undergraduates today are 25 or older,” Glastris said. “Yet they are typically an afterthought at most schools — few of which, for instance, provide sufficient evening, weekend and online courses for busy working adults.

“And they have largely been ignored by the press,” Glastris said. “The dozen national publications that rank colleges do so with high school students in mind. Ours is the first to tell adult students which schools perform best for them.”

At Golden Gate University — located in San Francisco — 88 percent of the students are adults. (The size of the adult population at a given school is a major factor in the magazine’s new rankings).

“And the institution did quite well in many of the measures based on data that best meets these students’ unique needs, such as plenty of weekend, evening, and online classes to fit busy work schedules,” Washington Monthly stated in a news release.

The magazine also takes a critical look at key metrics, such as tuition, how much adult learners earn after they leave the school and the rate at which they are paying back their student loans.

As it has in the past, Washington Monthly’s annual college rankings judges colleges based on things that deal more with social mobility, such as how well they do by first-generation or Pell-eligible students. The magazine also judges colleges by how well they do on research and service. The magazine prides itself on being an alternative to the annual college rankings put out by U.S. News & World Report, which Washington Monthly says are based more on “crude and easily manipulated measures of money and prestige.”