If you are an LGBTQ student evaluating different college options, Campus Pride, a Charlotte-based LGBT advocacy group, would caution you to steer clear of 102 campuses deemed to hold anti-LGBTQ policies. 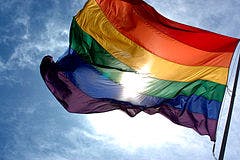 Campus Pride released its first-ever “Shame List” in December 2015, which enumerated the 57 colleges and universities that had requested or received Title IX waivers from the U.S. Department of Education. The most recent Shame List includes schools that have a demonstrated track record of anti-LGBT policies and programs. Some of the more prominent names on the Shame List include Brigham Young University and Liberty University.

Anti-LGBTQ practices at colleges and universities, according to Campus Pride, include hosting “ex-gay” speakers in mandatory chapel services. For instance, Wheaton College made the list for inviting Dr. Rosaria Champagne Butterfield, a former professor of English at Syracuse University, to speak about her conversion from a “leftist, lesbian” identity to Christianity in 2014.

Other California-based institutions, such as Concordia University and Biola University, received censure from Campus Pride for their opposition of SB 1146, a California Senate bill that would prohibit private and religious colleges in California from discriminating against LGBTQ students, faculty and staff.

In the case of Title IX waivers, schools governed by religious entities are eligible to apply for an exemption to Title IX requirements. According to the Department of Education, “Title IX does not apply to an educational institution that is controlled by a religious organization to the extent that application of Title IX would be inconsistent with the religious tenets of the organization.”

According to a Human Rights Campaign Report, titled “Hidden Discrimination: Title IX Religious Exemptions Putting LGBT Students At Risk,” the most commonly requested exemptions were in the areas of housing, facilities and athletics. The majority of schools requesting exemptions are located in the South, as well as California, Texas and Oklahoma.

Previously, institutions were not required to make public whether they had received a Title IX exemption. Campus Pride and other LGBTQ advocacy organizations argued that this creates an unsafe environment for LGBTQ students, staff and faculty who would otherwise be unaware of the exemption.