Brown University has recruited a group of minority scholars, expanded financial support for first-generation and low-income students, and developed department-level diversity and inclusion plans for every academic program, university officials announced as a new school year gets underway. 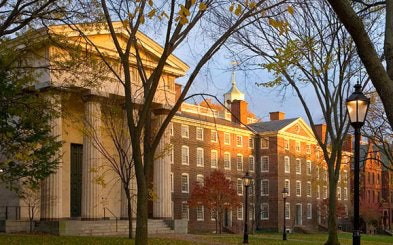 The news comes several months after Brown University released an ambitious diversity plan over the next decade to improve climate issues at the Ivy League school located in Providence, Rhode Island. The Pathways to Diversity and Inclusion for Action Plan received national attention, in part because it’s a $100 million effort with lofty goals that include, for example, doubling the number of faculty from underrepresented groups by 2022 and expanding the institution’s focus on race, ethnicity and social justice.

“A vital feature of the plan is that it was developed with broad community engagement,” wrote Provost Richard M. Locke and Vice President for Academic Development, Diversity, and Inclusion Liza Cariaga-Lo in a letter that was sent to the Brown community late last week. “While we have much work to do to realize the vision outlined in the Diversity and Inclusion Action Plan, we are confident that by continuing to work collaboratively and in earnest, together we will reach our aspirations,” the letter continued.

The plan has outlined more than 50 concrete actions in both the short and long-term. University officials point to the opening of a new first-generation college and low-income student center and the allocation of emergency funds to support living and learning expenses for low-income students as evidence that the university is moving forward with deliberate speed.

“The responsibility for effecting change rests with all members of the Brown community,” Brown’s president, Dr. Christina Paxson, told Diverse back in June. “Collectively, we can create an academic community that embodies the social and intellectual diversity of the world, which is essential for allowing us to fulfill our mission of education and discovery. Across campus, we care committed to fulfilling this responsibility.”

University officials say one-third of the new faculty members for the 2016-17 academic year are from historically underrepresented groups. In addition, a cohort of Presidential Diversity Postdoctoral Fellows will also begin this fall, and the university has announced bringing three distinguished visiting faculty members from historically underrepresented groups to campus through a new visiting professors program that was launched last May.

The university has established a website and has listed its implementation efforts around six priority areas.

Brown isn’t the only university to publicly commit resources to enhancing diversity on campus and to atone for its involvement with slavery. Last week, Georgetown University—the nation’s oldest Catholic University—pledged to offer the descendants of the 272 Jesuit-owned slaves admission preference. A memorial to these enslaved men and women will also be erected on campus, along with a new institute to study slavery and its enduring legacy.