Even though enrollment at public colleges would increase substantially under Democratic presidential candidate Hillary Clinton’s free college proposal, enrollment at private colleges would likely take a dive—and diversity at the top public institutions and many private institutions would suffer as a result, according to a Georgetown University analysis of the proposal released Tuesday. 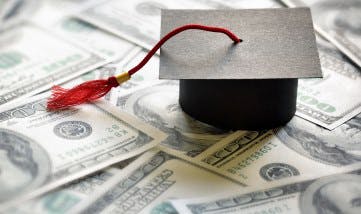 “This report is bad news for Hillary Clinton’s college proposal,” said Neal McCluskey, director of the Center for Educational Freedom at the Cato Institute, a conservative think tank, and one of several scholars or organization heads to assail the plan in light of the new analysis.

“It would likely kill many private colleges that can’t compete against ‘free,’ while increasing separation between elite schools and everyone else,” McCluskey said.

“Perhaps the good news is that it would likely increase enrollment, but that would mainly be in open-access schools and among students who otherwise would not have even considered college if they had to pay,” he said, echoing the report’s findings that the “greatest growth in new students would be among those who had not been considering higher education as an option until it was made free.”

“Considering that six-year graduation rates at such institutions already sit at a dismal 36 percent for first-time, full-time students, that is not good news either,” McCluskey said.

The analysis—written by Anthony P. Carnevale, director of the Center on Education and the Workforce, along with colleagues Martin Van Der Werf and Cary Lou—maintains that the largest enrollment increases in public colleges—from 13 to 31 percent—would take place at open-access institutions.

The reason, the analysis states, is because such institutions have “potentially unlimited enrollment because everyone who applies is accepted.” It also stems from the fact that students who cannot afford private colleges and do not qualify for more selective public universities would “have no choice but to go to open-access institutions if they want to go to college,” and there would be a “cascading effect as students who could not get admitted to more selective flagship and mid-tier public universities choose to go to open-access institutions.”

“State flagships and the most selective publics would experience a surge in applicants, but could become even more selective by turning more prospective students away,” the analysis states. “The most selective colleges and universities would have their pick of the most qualified and highest achievement students from their expanded pool of applicants.

“Then, the mid-tier public universities would have their pick of the students who were well-qualified but couldn’t get into the flagships,” it continues. “The result is that, in a cascading effect, less qualified candidates would get bumped down the chain into less-selective and open-access colleges.”

The analysis states that, since test scores are correlated with race and ethnicity and family income, “increased selectivity based on this factor would likely negatively impact diversity at the top tier of public institutions.”

“Furthermore, upper-middle and higher income families would have the greatest incentive to switch: they face the highest tuition at private institutions and would therefore stand to benefit the most from switching to free public institutions,” the analysis states. “These families are overwhelmingly white.”

The analysis states that, outside the most prestigious cluster of private institutions, many of them would “likely be forced to become more elitist and less diverse as their dependence on students that could pay full tuition becomes even greater as price-sensitive students shift to public competitors.”

Several higher education associations and scholars expressed concern over the findings of the analysis of the Clinton plan for free college, which calls for the elimination of tuition at public colleges and universities for all in-state students whose families make less than $125,000 per year.

Terry Hartle, senior vice president at the American Council on Education, an organization that represents more than 1,600 college and university presidents and the heads of related associations, said the Georgetown study “makes clear something that has been largely overlooked in the discussion of Secretary Clinton’s ‘free-college’ plan.

“Major changes in higher education policy will create shifts in college enrollments—potentially huge shifts,” Hartle said in a statement to Diverse. “Particularly telling is the suggestion that private colleges will lose enrollment under the Clinton plan.

“The ability of students to enroll for free at a public college could have a particularly devastating impact on small, moderately selective and moderately resourced private colleges, like Historically Black Colleges and Universities and Hispanic-Serving Institutions.”

“And, since ‘free’ usually trumps ‘cost,’ one can safely assume that such a plan would spark an enrollment exodus,” Hartle said. “The Clinton campaign has said they will have something in their plan for ‘private colleges with modest resources,’ but what that would look like, what schools would get money, and indeed, whether it would even be funded, is far from clear.”

Efforts to get comments from the Clinton campaign were unsuccessful.

The National Association of Independent Colleges and Universities, or NAICU, also leveled criticism at the free college proposal, saying there is no doubt that, if in enacted, it would “toss over the apple cart,” since nearly half of all U.S. colleges and universities are private, nonprofit institutions.

“Why would you develop a plan that would leave out the colleges and universities that are doing the best work with low-income students who have been at the margins of education?” the NAICU statement said, noting that private, nonprofit colleges and universities graduate a greater percentage of their 3.5 million undergraduate students than state colleges—as well as a greater percentage of students in four years than state colleges—thus enabling their graduates to enter the workforce sooner.

“There is great risk in this proposal that the students who will suffer the most are exactly those who need federal policy to serve most: low-income, first generation college students who, as the study points out, will be least likely to rise to the top of an increasingly competitive applicant pool,” the NAICU statement continues.

George Leef, director of research for the John William Pope Center for Higher Education Policy, said the Georgetown study is “right in concluding that the expansion of higher education enrollment would come mainly from students who wouldn’t consider college unless it were free.”

“Unfortunately, those are precisely the young people who should most be considering less costly and more effective alternatives after completing high school,” Leef said. “They are mostly students with weak academic preparation and little interest in real college-level studies.

“They want and need some training that will put them on a path for a good career, but for most of them college is not the best way to go,” Leef said. “Making it ‘free’ will, unfortunately, deter many from looking at alternatives.”