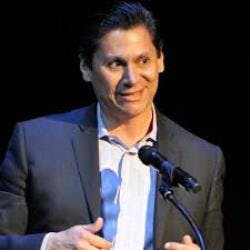 Promise programs have taken root in states and community college districts across the U.S., but in California, such programs scaled up could have an outsize impact. California’s 113 community colleges serve 2.1 million students, making it the largest system of higher education in the country.

At a gathering of community college and public school representatives in Oakland in August, California Lt. Gov. Gavin Newsom said that partnerships between the K-12 system and community colleges that are a result of the promise programs are, “one of the most exciting things happening in California.”

The cost of tuition and fees California’s community colleges is less expensive than in any other state in the U.S., but the cost is still prohibitive for many students, said Eloy Ortiz Oakley, incoming chancellor of the community college system.

“Tuition is low, but attending a community college is not inexpensive,” Oakley said. “Many of our students live in expensive urban communities in California, the cost of textbooks is still expensive, and the cost of working and going to school becomes expensive.”

Previously, Oakley was the superintendent-president of Long Beach City College, which is home to one of the oldest promise programs in the state. The Long Beach College Promise, which started in 2008, provides a year of free tuition at Long Beach City College to graduates of Long Beach Unified. They are subsequently granted admission to Cal State Long Beach if they fulfill college prep and other transfer requirements, in an effort to smooth the transition between the two- and four-year institutions.

As they are currently organized, promise programs in the state vary widely. Some are “last-dollar” programs, covering the remaining cost of tuition and fees not already covered by grants or scholarships, and others provide other services, such as tutoring, or grants to pay for books and other costs associated with school.

Financial assistance is only one part of the picture, Oakley said. The real goal is to convince more students, who might otherwise write it off as prohibitively expensive, that they too can go to college, by taking concerns about paying for college off the table.

“It’s sort of like a Trojan horse,” he said. “Once they get in, we can help them understand how to get the aid they need, and the grants they need to help them pay for the cost of college.”

At present, the movement is still in the grassroots stage and primarily derives its impetus from community initiatives, although there is the possibility the state may play a greater role in shaping policy in the future. Nor is there data on the effectiveness of all promise programs, as some, such as the Los Angeles College Promise, welcomed their first cohorts of students this fall.

“California’s program at this point is really more of a movement than a statewide initiative, but there is an effort to try and coalesce these programs around some statewide policy,” Oakley said. The most recent manifestation of that effort is the California Assembly Bill 1721, which would expand the Cal Grant program for community college students and provide funding for the establishment of more promise programs at the local level.

“We’re hoping to really make it a statewide policy effort, instead of a statewide grassroots effort,” Oakley said.

Community college promise programs became a part of the national conversation when President Barack Obama highlighted them in his 2015 State of the Union address. As the cost of tuition rises at all institutional types, community colleges are being held up as one of the last affordable routes to a degree or certificate.