Times Change, But Need to Look Beyond Campus Persists

I grew up in a small upstate New York town two hours north of Manhattan. We moved here from North Carolina in 1965, like many families escaping sharecropping and racially segregated towns. Two years later, lower Main Street in Poughkeepsie burned as did many cities across the United States and, as an 8 year old, I tried to understand why store windows had been shattered. In 1969 Black students occupied the administration building at the college two miles from downtown. Black students at Cornell, City University of New York, Columbia, Swarthmore and many other colleges also occupied buildings, drawing attention to campus climate, pushing for a more racially diverse campus experiences while also connecting with the struggles of Black people in cities across the country. 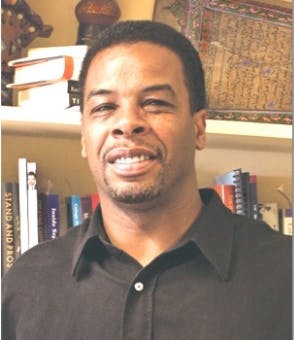 About a year after the students’ protest at Vassar College, my fourth grade classmates and I were transported to the serene tree-filled campus to participate in a weekly tutoring program. Black students had also petitioned the college to establish a black studies center in the uptown neighborhood where my family moved during one of many Urban Renewal projects around the country. As a pre-teen, the center was where I encountered images of Malcolm X, Angela Davis, James Brown and other iconic Black figures. The center was a bold statement, one that sought to minimize hard boundaries that often exist between campuses and the community.

During the last two years, the higher education community has witnessed these blurred lines where campus climate cannot be divorced from national events, whether it be police involved killings of Black people, the murders at an Orlando gay nightclub, international politics such as in the Middle East, or the 2016 Election campaign’s violent and incendiary rhetoric. Also, what was once seen as distant frustrations of a disenfranchised, poor Black and brown generation is now inseparable from students considered to have escaped those circumstances. The killings of Trayvon Martin, Michael Brown, Mya Hall, Eric Garner, Sandra Bland, Freddie Gray, Rekia Boyd, Alton Sterling, Philando Castile, Tanisha Anderson and countless others have also moved the moral compass of students who might have otherwise been shielded by academia.

Think about it. These are the same communities where many of our students live. It is also is not surprising that, with the aid of social media networks, students on campuses across the country joined in solidarity with Black students in November 2015 at the University of Missouri. Like previous social movements, the attention around Black Lives Matter has narrowed the boundaries or distance between campuses and communities that struggle for racial justice.

Reflecting on these phenomena and administrative discussions many of us are having following the “long, hot summer,” several concepts come to mind:

Campus climate matters. Recents debates regarding “trigger warnings,” “safe spaces” and free speech reflect the importance of inclusive campus environments for all students. As evidenced by recent events, we also know that the external and national climate can impact the academic and residential experiences of students.

Identity and positionality. My identity as a Black man in a senior administrative role has been positional in the work I do. Earlier in my career, I directed a cultural center and began to understand how racial, gender, sexuality, and related identity frameworks inform my work and interactions with students and others on campus.  Administrators and faculty, especially, should consider how to engage our identity in order to advance the same conversations we expect of students.

Inclusion with intentionality. Dialogue and cross-racial interaction are not automatic.  Seizing opportunities to bring students from different racial backgrounds together for dialogue is critical in our work. This is often referred to as a “benefit of diversity,” but is more accurately one path toward social justice and equity. The undergraduate experience is a rare period where students often find themselves in racially diverse settings that may not exist when they leave campus. Helping them and ourselves embrace honest conversations about race requires effort, that of creating such spaces on campus. And while talking to one another is not the answer alone, it is a step toward action.

Campus Leadership. Leadership at presidential and senior administrative levels is a vital component for genuinely and systematically addressing equity and inclusion. Students often express how important it is to hear presidents and other senior leaders talk about race not only during crises but in routine moments around campus. That level of leadership affirms that we are listening and committed to change.  At times a president’s email or interaction with students may come across as mere symbolic or token gestures, but the impact can be lasting when followed by institutional commitment and action.

None of this is new, though the times may be different.

Growing up in an under-resourced, working class and mostly Black neighborhood, I could not have imagined becoming a dean at the nearby college where Black students reached beyond campus and into the community to confront racial inequities. Those students made a difference on campus and in the surrounding community. How we support this generation of students in navigating and succeeding on campus is proportionate to how they leave (graduate) and take on social justice agendas for remedying persistent racial inequities and disparities.

Dr. Edward Pittman is Associate Dean of the College at Vassar College.