Long before recruiting and enrolling foreign students emerged in the last decade as a significant tool for helping close strained budgets at institutions of higher education in the United States, Alabama State University (ASU) was among dozens who had built a noted history of welcoming foreign students to its campus. 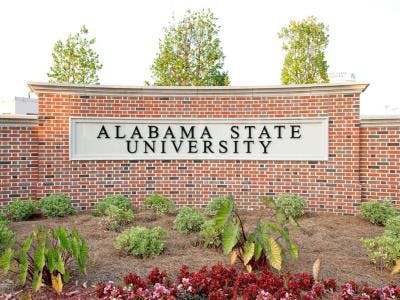 Students from so-called Third World and lesser developed or war torn countries got extra attention and help as part of American outreach.

ASU recruited prospects with sales pitches about its teaching staff, educational and athletic opportunities and proud legacy since its founding just after the Civil War.

Historical high points aside, the institution was recently beginning to show signs of recovering from its drama-filled chapter of leadership turmoil at the top. Then, since this past spring, another potentially embarrassing situation is raising eyebrows and turning heads.

A group of ASU students from Nigeria are suing the university over how it used funds their government paid the institution for their educational opportunity.

The federal lawsuit contends the university overpriced many of its services — from classes to housing and food — and did not refund the Nigerian government the money ASU should have had left over had the charges been reasonable nor has it credited the country for the disputed amounts the litigants contend should go  toward the costs of future enrollees from Nigeria.

Alabama State does not comment on legal matters involving it that are pending before a court, ASU spokesman Kenneth Mullinax said when asked recently for the institution’s take on the surprising charge against it.

Officials at several other institutions around the country expressed surprise over such a claim hastening to add they could not offer any comment of substance about the ASU case or its potential impact on higher education.

The litigation, supported by current and former Nigerians who are related to ASU and the lawsuit, apparently faces a tough road ahead.

The Southern Association of Colleges and Schools Commission on College (SASCOC) has no standards in its code of conduct governing what price institutions can charge students. What an institution charges is its business, said an SACSCOC official.

“Understanding higher education financial accounting is very complicated and nuanced,” said Taylor, whose organization raises funds across the nation to pay for African-Americans to attend historically Black colleges and universities such as ASU.

“From the outside, what may appear to be a disparity, may not be,” said Taylor, stressing he knows nothing of the details of the lawsuit beyond reports of the filing of the lawsuit. “We shouldn’t jump to conclusions because people oversimplify higher education budgets.”

There are some sponsored college scholarships that provide for scholarship recipients to pocket any overage in the amount of their aid, said Taylor. Most institutions in the United States charge more for out of state students than in-state, he said. It may be even more for out of country enrollees, he noted.

“There is no blanket rule,” on college costs, Taylor said. It all “depends,” he said, on the institution and the sponsor.

The court case against comes as enrollment of foreign students at American institutions has soared in the past decade, statistics from the U.S. Department of Homeland Security and other federal agencies suggest.

A Homeland Security agency report issued in 2015 showed foreign student  enrollment in U.S. colleges and universities had risen to 1.1 million students, up 14 percent from the previous year and 50 percent higher than 2005, according to a Wall Street Journal report.

While foreign student enrollment in U.S. institutions of higher learning has for years far exceeded the count of Americans studying abroad, the Wall Street Journal report said the government credited the recent surge to arrival of more Chinese students from affluent homes and students from oil-rich nations in the Persian Gulf region.

The enrollment surge is not likely to be significantly affected by the ASU litigation, absent some major turn of events against the university, observers said.