In Essence, Racism on Trial in Arizona’s Ethnic Studies Suit

The Arce v Douglas ethnic studies trial, in Tucson’s Federal Court, is expected to commence in early 2017. The suit was filed against the state of Arizona, as a result of the state passing an anti-Ethnic Studies HB 2281 legislation in 2010. Yet for all intents and purposes, it is the discipline itself and, specifically, Tucson Unified School District’s former Raza Studies K-12 program that has been on trial since 2006.

That is the year when Arizona State Superintendent of Public Instruction Tom Horne began a relentless campaign to eliminate the program (created in 1998), charging that it promoted racism, segregation, the overthrow of the U.S. government and that it was founded upon non-Western values. 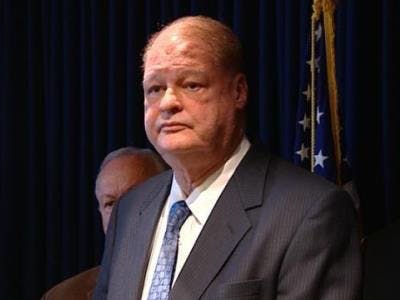 Tom Horne, as Superintendent of Public Instruction, began a campaign to eliminate the Raza Studies K-12 program in 2006.

It was none of that, though students in fact were being taught to be critical thinkers; Enter Paolo Freire’ Pedagogy of the Oppressed, but not in Horne’s schools.

While the case has taken many turns, at the moment, the trial will focus on whether the state was motivated by racism while attempting to shut down the program.

A careful examination of this case will provide the answer in the affirmative as virtually everything the state has ever alleged was all concocted by non-educators. And yet asking whether there was racial animus involved is like asking if Sheriff Joe Arpaio is motivated by anti-Mexican hate. However, beyond racial motivation is what this case has unleashed upon this state.

A study I conducted, (Arizona on Fire), examined the many thousands of letters to the editor in the Arizona Republic and the Arizona Daily Star, during the height of this effort (2010-2012), in response to articles regarding HB 2281 and the racial-profiling SB 1070 legislation. The letters reveal an extreme hate toward Mexicans/Mexican Americans not seen since the era of segregation.

But as far as the courts are concerned, racism apparently still is an open question, this while, out of the four sub-disciplines within Ethnic Studies (African American, American Indian, Asian and Raza Studies), only Raza Studies was targeted for elimination.

To be kept in mind is that Horne began his movement at a time that the highly successful Raza Studies program was graduating and sending to college upward of 90 percent and 80 percent of its students, respectively, this during a time of sky-high dropout rates. Unfazed, his only concern was that students were not being educated with Western values. Aside from eventually dismantling the program, it also resulted in the widely reported 2012 banning of the program’s books.

I have always maintained that it was not so much that books and a curriculum were banned or that a program was eliminated, but rather that, in effect, it was an Indigenous worldview that was banished, Inquisition style. As far as Horne was concerned, Mexican American history begins with the arrival of three ships. This view even resulted in one teacher, Norma Gonzalez, being told by an administrator to stop teaching the Aztec Calendar while she was teaching it.

The truth is, the effort to eliminate Ethnic Studies began in the 1960s, and its opposition has always been not simply racial, but something even much more insidious and profound. In Arizona, the apparent reason is an abhorrence of all things that do not emanate from Western Civilization or Greco-Roman culture, which translates into a rejection of Mexican Indigenous knowledge.

Horne’s arguments regarding Raza Studies not being centered in Greco-Roman culture stemmed from the fact that the program included Maya-Nahuatl or maíz–based knowledge and philosophy as part of its curriculum. It contained much more, but apparently, he opposed only the things that could not be traced to peoples from Europe. His argument, and that of his successor, John Huppenthal, was that things from Europe could be taught in Arizona schools, but not Indigenous knowledge from this very continent, because it is “un-American.”

What was being taught, and considered non-Western, were the Maya or maíz–based ethos of In Lak Ech and Panche Be (You are my other me and To seek the root of the truth). In Lak Ech is a concept found in virtually all cultures worldwide. Its general equivalent: do unto others as you would have them do unto you. It teaches students to see themselves in each other.

Perhaps the problem was with Panche Be. Beyond seeking the root of the truth—the same as critical thinking—its more profound meaning is what triggers the pursuit of social justice.

Both concepts came to this country via Yucatec Maya scholar Domingo Martinez Paredez (Un Continente y una Cultura, 1960), by way of Teatro Campesino co-founder Luis Valdez (Pensamiento Serpentino, 1973), who was mentored by him a generation ago, during the heyday of the farm worker’s movement. Incidentally, Valdez received the National Medal of Arts award from President Obama last week.

I am no soothsayer in regards to the upcoming trial. However, I have no doubts that extreme racism has unquestionably been at the core of the effort to delegitimize and destroy Raza Studies.

Dr. Roberto Rodriguez is an associate professor in Mexican American Studies at the University of Arizona. He is the author of the recent: Our Sacred Maíz is our Mother. In 2010, a day after HB 2281 was passed, he was arrested along with 14 others, mostly K-16 students, in protest of the legislation. Two of his books were banned one year prior to the 2012 book ban at TUSD. He can be reached at: XColumn@gmail.com