WASHINGTON ― As race relations in the U.S. continue to be strained over fatal police shootings of Black men, those who work in higher education should not see themselves as immune from the same kind of unconscious bias that many believe is a factor in those shootings, a higher education leader told conference attendees this week in Washington. 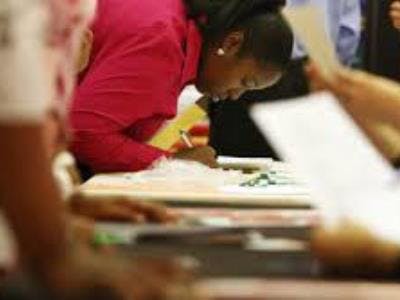 Data was presented at the conference that show minorities and women are underrepresented or underpaid in relation to their White and male peers, respectively.

“It seems like hardly a week goes by without another police shooting of a Black male, and we certainly see the systemic unconscious bias that’s present in that sphere,” said Jacqueline Bichsel, director of research at the  College and University Professional Association for Human Resources, or CUPA-HR.

But Bichsel presented data that show minorities and women are underrepresented or underpaid in relation to their White and male peers, respectively.

For instance, she presented data that show women earn 77 cents for every dollar that males earn in executive positions in higher education.

She rebuffed the various explanations that have been put forth as to why—from women lack advanced degrees to women are less likely to demand higher pay.

“There’s just one conclusion I can reach from this and that is we pay men and women differently,” Bichsel said. “And the pay gap is real.”

She presented another chart that shows Black men on campus are underpaid when they are staff physicians but paid more than others when they are head coaches of basketball teams.

One observer attributed the disparity to the degree to which Black men are viewed by society as competent in the field of medicine versus on the basketball court.

Bichsel said CUPA-HR, which has been collecting administrator data since the 1980s, plans to collect and release more detailed diversity data on all higher education positions, including staff and faculty, beginning next year. It’s part of a greater momentum toward paying more attention to the value of diversity, Bichsel said.

Bichsel made her remarks this week at the annual CUPA-HR conference. The conference featured topics that ranged from the pros and cons of online snooping during the recruitment and hiring process to more in-depth discussions on unconscious bias, which was the featured topic in several different discussions.

One of the key takeaways from the conference was that, in order for diversity and inclusion plans to take root and impact the culture of the workplace, the plans must be embedded into the everyday operations of the institution and not just an add-on or an afterthought.

“It was a lot of helpful information in regard to how you can engage your employees directly, making sure if you have values that are part of your organization, that they show up in your evaluations and setting measurable goals for employees as to how they can meet expectations,” said JaNomia Smith, assistant director for residence education at Old Dominion University.

Smith drew those lessons largely from a session led by campus administrators responsible for implementing the University of Waterloo’s award-winning “Principles of Inclusivity” certificate program.

“When we created these principles we wanted to make sure we created an increase in the awareness in the value of inclusivity to the organization,” said Katrina Di Gravio, Director of Organizational and Human Development at the University of Waterloo. “A poster on the wall was not enough.”

With that in mind, Di Gravio and her team put together a series of seven, highly-interactive workshops on campus as part of the program. The workshop topics ranged from how to be more inclusive in one’s writing to dealing with inclusivity from a generational standpoint.

Among other things, participants are asked to check their assumptions about different groups of people and to consider multiple perspectives.

She told a cautionary tale about an anesthesiology department head at a different institution who found and distributed an online news article that indicated a prospective hire had been arrested for child sexual abuse. It was later learned that the prospective employee was ultimately released without being charged, let alone tried and convicted, because he had an “iron-clad” alibi that the media never reported—he was an American soldier busy fighting in Iraq at the time of the abuse.

“We could have hired a combat-ready anesthesiologist,” De Armond said. “At the end of the day he did not want us because of what happened. We lost our best candidate because someone was curious.”