“We are totally aware of the huge problem on campus of sexual assault and this sort of conduct on campuses as well,” said Josh Connolly, chief of staff for U.S. Rep. Jackie Speier (D-Calif.), who introduced the bill — known as the “Intimate Privacy Protection Act,” or IPPA — earlier this year and plans to do so again next session. 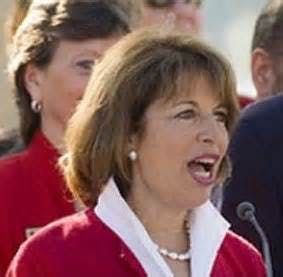 “Regarding any sort of jurisdictional ambiguity, we don’t really foresee that,” Connolly said. “I think it is solidly within a DA or an AG’s jurisdiction of whether or not to take a case or not, and we would encourage them to do so.”

The discussion comes at a time when sex video scandals — sometimes with costly and tragic results — are making more and more headlines.

People of all ages have become ensnared in the practice in which perpetrators post images or videos of their victims nude or engaged in sex acts.

The victims range from celebrities such as Hulk Hogan, who earlier this year won a $140 million lawsuit against Gawker for publishing a portion of a sex tape of the pro wrestler, to otherwise anonymous young people such as Tovonna Holton, 15, who committed suicide this year after friends video recorded her in the shower and posted it on social media app Snapchat.

Similar things have happened at colleges and universities in recent years.

For example, Tyler Clementi, an 18-year-old Rutgers University freshman, leapt to his death after a roommate used a webcam to live broadcast Clementi on social media having sex in his dorm with another man.

The roommate, Dharun Ravi, served 20 days in jail on various charges and was ordered to pay $10,000 to a program to help victims of hate crimes. However, his conviction was overturned last month due to a change in state law.

Last year, Penn State banned Kappa Delta Rho fraternity for three years after it surfaced that members of the fraternity had been using an invitation-only Facebook page to post photos of nude women who were passed out.

“As social media proliferates, so do the opportunities to destroy people’s lives,” Speier said at Friday’s discussion on The Hill. “Young people are committing suicide because of their images being distributed without their consent.”

“If passed, this bill will punish individuals and websites that knowingly post private, intimate materials while also providing a safe harbor for websites that don’t advertise or solicit such content,” Speier said.

“A federal criminal law is necessary not only to provide a single, clear articulation of the relevant elements of the crime, but also to signal society’s acknowledgement and condemnation of this serious wrongdoing,” Franks, who helped draft the bill, has written.

Under the bill, perpetrators who post images of a person who is naked or engaged in sex could be fined or imprisoned for up to five years if they did so without the person’s consent.

“At this point in time no one can get a job, date or even a roommate without being Googled,” Goldberg said. “How would you feel if the first five pages of your results were images of you fully exposed and images you never wanted anyone to see?”

“They were just kind of trading baseball cards with their frat brothers,” Goldberg said.