The revelation of Donald Trump’s loss of nearly a billion dollars in 1995, according to his tax records obtained by the New York Times, may bolster the visibility of the free-college tuition issue on the campaign trail.

Trump’s declared losses of $916 million on his 1995 return would have allowed him not to pay any federal taxes for up to 18 years. 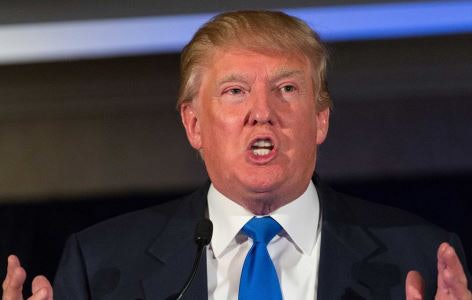 It’s an example of what closing tax loopholes on the rich could mean to federal coffers, increasing the viability of college affordability plans for more low-income and middle-class Americans.

Last Wednesday, as Sen. Bernie Sanders and Sec. Hillary Clinton campaigned together to reach out to millennial voters in New Hampshire, Sanders was adamant that a free college tuition plan for public colleges and universities was “revolutionary,” but  worth the cost.

“It is expensive, but I will tell you what is more expensive, and that is doing nothing,” said Sanders.” We must invest in young people and the future of this country.”

Sanders then pointed to the tax system as proof that the country could afford a free-tuition plan.

“At time of massive levels of income wealth and inequality, it is absurd, it is disgraceful for Donald Trump and his friends to be talking about hundreds of billions of dollars in tax breaks for the 1 percent,” Sanders said. “When you have Republicans saying it is OK to give tens and tens of billions of dollars in tax breaks to the richest people, do not tell me that we cannot afford to make public colleges and universities tuition free.”

The revelation of Trump’s 1995 taxes may help erase any notion that the tuition free issue is an unaffordable pipedream.

Sanders, a favorite, of millennials, was at the rally to lend his support to Democratic nominee Clinton. He said the two of them had differences on college funding ideas during the primary season, but that since then have come to an agreement on an approach that includes free tuition for families making under $125,000 a year, and debt relief for students weighed down by debt.

“If we are prepared to stand up to powerful and wealthy and greedy special interests, there is nothing we cannot accomplish, no goal that we cannot achieve and that includes making fundamental changes in the way we fund higher education in our country,” Sanders told the crowd.

After Sanders introduced Clinton as his choice for president, Clinton unveiled a calculator to see how their college affordability plan could save those with student loans.

She told the students in the audience that college debt had “undermined the fundamental right to fulfill your dreams.”

Sanders strong endorsement and the linking of both their college affordability plans was seen as essential in Clinton’s appeal to the millennial vote in the final stages of the campaign.

Emil Guillermo is a journalist and commentator on race, politics, and social issues. He writes at http://www.aaldef.org/blog