California’s ethnic studies boom has to be the greatest living nightmare imaginable for opponents of ethnic studies, especially if they reside in Arizona. A couple of weeks ago, Gov. Jerry Brown signed the landmark AB-2016 bill that will create a model ethnic studies curriculum by 2019. It also encourages every high school in the nation’s most populous state to offer an ethnic studies course to all 9-12 grade students. 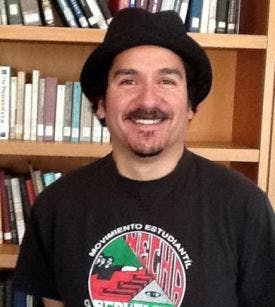 This comes on the heels of California’s largest urban school districts opting to offer or require ethnic studies to their students. This includes the Los Angeles, Sacramento, San Francisco and San Diego Unified School districts and more.

Jose Lara, head of the Ethnic Studies Now Coalition and who has been instrumental in getting California’s largest school districts to adopt ethnic studies, calls the signing of the bill as a “momentous and great next step in the Ethnic Studies Movement.”

While the bill is not mandatory, that the curriculum will be sanctioned by the state means that those districts, medium-sized and small, that have not committed to offer ethnic studies courses now will have academic and institutional support to be able to do so, he says.

On its face, these developments sound like great news, but as Elias Serna, Chicano Studies instructor at California State University, Long Beach and one of the co-founders of Raza Studies Now notes, “The state is catching up with the Ethnic Studies Movement.”

Both organizations, Raza Studies Now and the ES coalition, have been active in promoting Xicana/Xicano studies and Ethnic studies respectfully, even before Arizona’s ethnic studies was killed in 2012.

The reality of the bill is that it is a double-edged sword. It is historic, yet it is nowhere near what Raza Studies Now or the ES Coalition have been calling for.

Lupe Carrasco, a teacher at Semillas-Anahualcalmecac charter school and a co-founder of XOCHITL-LA, states that “it is not good enough to have Ethnic Studies.” What is needed is for ethnic studies to be grounded in indigenous knowledge and pedagogy, she says. It has to be a curriculum not simply about heroes and holidays, but critical ethnic studies. It has to include a curriculum that does not gloss over the history of genocide and colonialism, but that teaches it and that is integrated within a social justice framework. Though AB2016 does not specify groups of study, in large districts such as LAUSD, their current ethnic studies “survey” course includes Latino American Studies, American Indian Studies, African American Studies, Asian American Studies and LGBTQ Studies, within it.

In regard to Latino American studies, the key is teaching the indigenous history of this continent, because if it teaches that Latino American history begins with the arrival of three ships, then what is the point of the curriculum? Carrasco asks. This question is asked within the context of major national Latino organizations or national Latino projects (PBS’ Latino Americans series, the National Park Service or the Smithsonian American Latino Museum) that seemingly begin with the arrival of three ships, thereby eclipsing and minimizing the indigenous root of most peoples designated under the Latino category, particularly those of Mexican/Central American and Andean descent. This is especially antithetical to those that fight for Chicana/Chicano or Central American studies. The key, she adds, is to teach indigenous knowledge as living knowledge, not simply relegated to a historic past.

On Oct. 7-8, XOCHITL-LA (successor to Raza Studies Now) will host its fifth annual conference, “Xinachtli: Germinating the Seeds of Knowledge.” This conference seeks to ensure that ethnic studies is de-colonial and that it has an indigenous face, particularly the Latino American component.

It is not unexpected that a state, even California, will always be behind the times relative to any progressive movement (Gov. Brown vetoed a similar bill in 2015). Whereas Raza Studies Now and XOCHITL-LA will fight for indigenizing Raza studies while also fighting for a de-colonial ethnic studies, the state and some school districts may see themselves as doing something positive by providing watered-down Hispanic studies or by implementing a studies that indeed settles for heroes and holidays, or simply as a means of diversifying the curriculum.

Truthfully, if diversifying the curriculum simply accomplishes the goal of putting some color into the “master narrative” of history, as opposed to a liberating pedagogy, then Carrasco argues that we are probably better off without such watered-down studies.

But the recently signed bill has to be seen within the context of a huge victory. Lara states that it is a rebuff to reactionary and educationally illiterate Arizona and Texas politicians who attempt to dictate what their students should study and what they should or should not read.

Indeed, to ensure that California teaches a de-colonial ethnic studies, Lara, Carrasco and Serna agree that parents, educators and teachers everywhere must step forward to keep applying pressure, but also university educators should contribute to the writing of that much-needed curriculum.

Roberto Rodriguez, an associate professor in Mexican American Studies at the University of Arizona, is the recent author of Our Sacred Maíz is our Mother. He can be reached at XColumn@gmail.com.