The roller coaster-like ride that has sent much of higher education on breathtaking twists and turns in recent years may be far from over. Still, clearly identifiable tools are emerging with new survival strategies for helping troubled institutions across the country.

With an overall goal of boosting retention and completion rates, myriad efforts are afoot. Some institutions are revising demographic recruiting strategies. Some are rebranding themselves and their pitches to catch the attention of wider audiences.

Institutions are paying more attention to and raising funds for helping existing students pay the costs of staying in school.

Some institutions are learning how to be more customer friendly by making sure courses advertised in a catalogue are offered the year the student wants them. They are devising programs to expedite graduation and improve and expand articulation agreements between public and private and two- and four-year institutions. 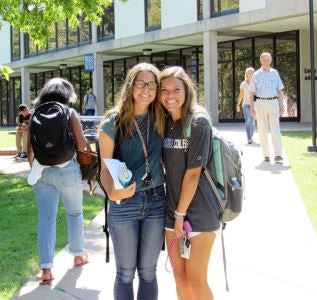 “The best way to improve enrollment health is to retain and graduate the students you have,” says Tom Green, associate executive director for consulting and SEM at the American Association of College Registrars and Admissions Officers (AACRAO), offering an opinion increasingly related by institutions across the country.

“Every type of school you look at has some kind of focus on that,” says Green.

For many years at many colleges, it was commonplace to expect freshman washout. That pattern bothered few in the last few decades as the college-age population grew enough every year to fill empty slots. Most state-supported institutions, meanwhile, were funded based on headcounts. There was little demand by law and policymakers for the kind of performance accountability being increasingly sought after in more recent years.

The recruitment and retention efforts emerging today are a product of a convergence of unanticipated developments: the 2008 economic downturn from which the nation and higher education community continue to recover; college costs rising to the point of prohibiting many from going to college; declining lawmaker and policymaker support for education of the masses; and an increasing push by lawmakers and policymakers for performance-based funding at state-controlled institutions.

Enrollment, retention and graduation rates have surfaced as easily measurable yardsticks, regardless of the roles they play in the overall education of students, many higher educators note.

Northwest Indian College, on the Lummi Reservation near Bellingham, Washington, is among dozens of institutions across the country trying new approaches to stem an enrollment decline. With a new “strategic enrollment management plan,” Northwest Indian has shifted its recruitment focus to high school students after years of appealing to older adults. It has teamed with the state to launch the Running Start program this school year; Running Start is a dual enrollment program that allows students to earn their high school diplomas and college degrees simultaneously. The state shares the college costs.

Northwest Indian is also starting the year with a revised accounts receivable policy. It has imposed a one-time waiver of its so-called “AR (admissions and records) holds” policy, one that prohibited any student for returning to college if they had an outstanding balance. Under the waiver, that institution defers collection of late tuition bills until a student has graduated and found employment.

“They are coming in droves,” says Victoria Retaskert, dean of students at Northwest Indian, referring to the response to the new bill-paying policy and its impact on enrollment. As word spreads around, Retaskert says fall enrollment is pointing to a rebound in enrollment and “quite a few” people have already talked about returning to Northwest Indian for the winter semester.

“Nobody wins when we don’t have students,” says Retaskert.

Under the new strategies, Retaskert says, “we get increased enrollment and [the students] get a credential.”

In Midwest City, Oklahoma, at Rose State College, a community college in the Oklahoma City area, it’s no secret enrollment has been trending downward since 2011, when the region’s economy and people were hit by the economic downturn.

The new plan at Rose State, which is a nearly half-minority institution, includes recasting the perception of the institution and more marketing of it in hopes of shedding its common unofficial nickname as the “13th grade.”

It plans to approach high school counselors in a different way, stressing its 20-to-1 student teacher ratio; availability of new housing on campus; addition of more counselors; and staffed labs with coaches offering help in English, writing, math, and workshops on “math anxiety,” test anxiety and personal finance management.

“They have worked countless hours changing curriculum and identifying areas where our students were struggling, and in response we have labs, mentoring opportunities, available tutoring,” Webb says, referring to the faculty. “The professors are the faces the students see every day and they are the ones who are making the difference in Rose State College’s ability to increase our retention. Without those great faculty members this wouldn’t work.”

At Bennett College, the private North Carolina women’s college that has seen its enrollment fall dramatically in recent years despite being able to maintain a strong graduation rate, the university’s leadership is reinventing Bennett’s recruitment, enrollment and retention goals in hopes of effectively responding to the new reality.

“We have to think a different way,” said Dr. Phyllis Worthy Dawkins, interim president of Bennett. “That’s why I decided we could no longer be a day campus. We’ve reworked the curriculum, eliminated low performers, started offering high-demand majors,” and increased enrollment and the number of community college transfer students, says Dawkins, ticking off a list that echoed officials from several institutions contacted.

“We’re dealing with a lot more issues,” says Dawkins, who started in mid-August. “There’s a need for us to diversify and look beyond our traditional students.”

State and federal support shows no sign of returning to higher education as in past decades through Pell Grants, work-study programs, loans and grants, or other aid vehicles. Absent an infusion of new money on state and federal tax rolls, some say the strategies being pursued by institutions from the ground up may be the prevailing strategy for years to come.