Diverse Conversations: 2 Things to Know Before Paying for Private College

With the rising costs of college tuition and increases in student debt, financing an education at any college can be daunting. Figuring out how to pay for an education at a private institution can be downright nerve-wracking. Will the student be overburdened with student loans? Will the degree even pay off in the end?

The answer may surprise you. Here are two things everyone should know before forking over money for that elite private college education:

Ivy League schools are prestigious, with many students vying for acceptance and few actually earning a spot as an attendee. However, for people seeking the cushiest early-career salaries, the Ivy Leagues aren’t paying off instantly. Princeton, Harvard, Yale and Columbia don’t make it into the top 30 universities for starting salaries. The University of Chicago, a tie for fourth, doesn’t make the top 200. 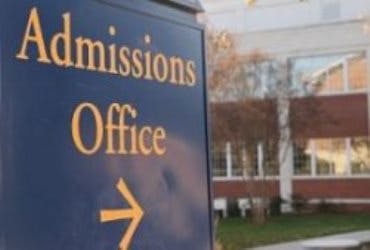 The PayScale survey tells us that Princeton, the highest performing Ivy League school offers its graduates a median starting salary of $60,000—earning it the 34th highest in the country. And spending a year’s worth of salary for one year of higher education at Harvard does not always lead to great career results. According to U.S. News and World Report, a recent Brookings Study shows that “other schools may either not cost as much and yield a similar salary and success of loan repayment, or they may cost about the same but generate higher earnings potential.”

On the other hand, going to an elite military or tech school might just be your best bet. For example, graduates of the United States Naval Academy at Annapolis earn a median annual salary of more than $80,000 over their first five years post-graduation, earning the school the top number of surveyed schools.

However, let’s not dismiss these schools—especially the Ivy League. The nation’s traditionally elite schools distinguish themselves with a salary growth near graduates’ mid-career. Graduates from Ivy League and like schools see their pay jump significantly when they are more than 10 years past graduation.

Possibly the best news of all is that most people do not pay full price for their private education.

By way of NPR.org, the National Association of College and University Business Officers conducted a study “of tuition discounts at private, nonprofit, four-year colleges and universities.” The information released in the survey suggests that all colleges that were surveyed offered some sort of discounts to its students.

“They estimate 89 percent of first-time, full-year freshmen received some kind of discount in 2015-2016. Of those students, the average grant they received is estimated to cover 54.3 percent of tuition and fees.” That’s at least half off of student fees and maybe tuition.

However, even with steep discounts, it’s not enough to curb the rising rate of students who carry too much debt. While the study is a brief overture into how some schools attend to the full cost of college, it also shows just how expensive some schools are if nearly 90 percent of freshmen are able to utilize discounts.

Wouldn’t it be nice to have a college system that was just plain affordable for all students, without the trappings of all these discounts and needing to spend so much time tracking down the money to attend?