Hampshire College, a liberal arts institution in western Massachusetts, has for the last few years touted the success of its test-blind admissions policy each September with a new report. ­This coincides with the annual college rankings announced by U.S. News & World Report.

Hampshire’s report is also designed to counter the fact that it is not included in the highly publicized rankings because of its bold decision two years ago to adopt a test-blind admissions policy. Hampshire is currently in the foreground of a national movement among hundreds of four-year, liberal arts schools—including many considered elite—to have decreased reliance upon ACT/SAT test scores in college admissions.

­These institutions are self-identifying in three admissions categories: test-optional, test-flexible and test-blind. 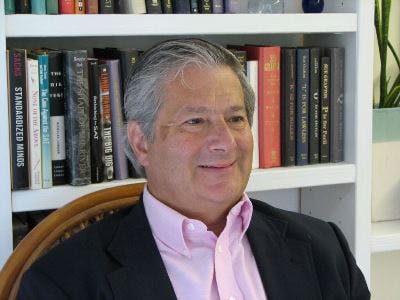 “In 2014, we interviewed 50 highly rated third- and fourth-year students and went back and looked at their admission files,” Meredith Twombly, Hampshire’s dean of enrollment and retention, tells Diverse.

“We saw clear patterns in motivation, passion, follow-through, leadership and empathy. … ­then we also looked at the data associated with those files. Most of [the students] had submitted test scores, so we compared that data with the data of first-year struggling students, and we found that test scores didn’t predict who was going to be a success at Hampshire and who was going to struggle,” says Twombly.

Twombly says college stakeholders generally concurred with her recommendation for eliminating standardized test scores from admission requirements. She says one faculty member initially objected because “he just wanted to make sure we would keep researching the situation and doing an assessment of our admission components. … He wanted to be sure that we would be using evidence to guide us throughout the process.”

­The National Center for Fair and Open Testing, also known as FairTest, one of the leading organizations advocating against the use of standardized tests for evaluating student performance, keeps track of decisions such as Hampshire’s moving away from reliance on the tests. Its mission, as described on FairTest.org, is “to end the misuses and flaws of standardized testing and to ensure that evaluation of students, teachers and schools is fair, open, valid and educationally beneficial.”

Bob Schaeffer, public education director of FairTest, says that, for three decades, the organization has served as “the nation’s watchdog over standardized testing and an advocate for better forms of testing.”

Schaeffer tells Diverse that an ever-increasing number of institutions now are test-optional. Currently, his organization has a list of “870+ accredited, bachelor-degree granting colleges and universities that will make admissions decisions about all or many applicants without regard to ACT/SAT scores.”

­The list is published and updated frequently on the FairTest website, which Schaeffer says receives half a million internet visits a year. According to Schaeffer, Hampshire is the only institution in the organization’s data that currently is test-blind, a decision he says he applauds.

“Because of the visibility of the U.S. News rankings, schools feel they would put themselves at a significant competitive disadvantage by going test-blind even though their own research shows they don’t need the scores in admissions,” Schaeffer says.

He suggests that, if the rankings did not exist, many of the test-optional schools would become test-blind. For good reason. Hampshire has already seen some of its long-sought diversity goals being achieved.

“The incoming class is again more racially diverse and includes more students who represent the first generation in their family to attend college than in any year before this policy went into effect,” Hampshire’s September 2016 report stated. “Retention of first-year students is again higher than it was before the policy change, 81 percent as opposed to 78 percent two years ago.”

Being a test-blind institution isn’t Hampshire’s only departure from the norm. President Jonathan Lash recently explained in a Huffington Post essay that grades aren’t given at Hampshire; instead “professors evaluate students using narratives. Hampshire employs this method because it’s exponentially more informative for learning: evaluations give students meaningful, constructive feedback they can learn from and act on.”

The majority of institutions changing their admissions policies to de-emphasize SAT and ACT scores are choosing the category of test-optional, according to Schaeffer.

Those institutions make admissions decisions about all or many applicants without looking at test scores, he explains, adding, “The handful of ‘test flexible’ institutions—less than 10 nationally—have a variety of policies that require applicants to submit results from some standardized exams but not necessarily the ACT or SAT.”

One example is New York University (NYU), which purports on its website to have “one of the most flexible testing policies of any college or university.” NYU allows applicants to select from a panoply of criteria, including the SAT Reasoning Test, the ACT (writing test not required), three AP exam scores, three International Baccalaureate-level exam scores, an International Baccalaureate diploma, or a nationally accredited exam “that shows you have completed your secondary education.”

Schaeffer points out that FairTest recently completed its review of the latest 2017 U.S. News “Best Colleges” guide and found that more than 240 schools with test-optional or test-flexible policies are now ranked in the top tier of their respective categories, a record number. This includes fully half of the Top 100 national liberal arts colleges.

In its latest listing, FairTest names dozens of institutions that were test-optional, including Quinnipiac University, Skidmore College, and Willamette, George Washington and Drake universities.

“A number of very important reports have been issued, that we have contributed to, that buttress test-optional admissions and some of the schools have been leaders in encouraging their peers to do so,” Schaeffer says.

Among those national reports are an often-cited study released in 2014 by William C. Hiss, “Defining Promise: Optional Standardized Testing Policies in American College and University Admissions.”

They concluded there was no significant difference in the success rates of students who submit their standardized test scores to colleges and those who don’t submit the scores.

The report also found that the students who did not submit scores were more likely to be first-generation college students, minorities, women, Pell Grant-recipients, and students with a learning difference. It recommended that, “for economic growth and social stability,” America will need to find successful paths to higher education for hundreds of thousands of those students. Many of the schools that have adopted test-optional or test-flexible policies have reported increases in diversity among applicants and enrollees.

What about students who may simply be looking for an “easier” college education? At Hampshire, Twombly says the school has taken steps to discourage them. Although its application process does not require submission of test scores, it is an in-depth process.

Twombly says additions have been made to the application since the new policy went into effect.

“For example, we ask about an independent research project they would like to do across two disciplines. That weeds out people who aren’t really serious.”

As she adds, “We’re finding it takes a bit more work to apply to Hampshire, so the students who are looking for an easy way out don’t even complete the application.”