In the past decade alone, the number of colleges and universities serving a large Hispanic student population has nearly doubled. As of 2013-14, 409 colleges and universities were designated as Hispanic-serving institutions (HSIs), according to Excelencia in Education’s most recent data, as opposed to 242 HSIs in 2004-05. An HSI is an institution that serves a student population that is more than 25 percent Hispanic. 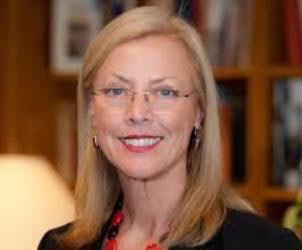 That number appears to be poised to grow, as there were an additional 296 “emerging HSIs” in 2013-14, or institutions serving a student population that is 15 to 24 percent Hispanic. As college campuses change, so must their institutional practices in order to better serve Hispanic student populations.

Shaping policies around diversity and inclusion is a job that falls to all players within the university, said CSUN President Dianne Harrison. “I think the temptation when you have a chief diversity officer is to point to that person and hope that they’ll figure it all out,” Harrison said. The problem requires a more nuanced and inter-institutional approach.

“Our issues always have to do with scale, because we have so many students and we want to serve each and every one of them,” Harrison added.

Institutions have been working on best practices for Hispanic students for decades. UIC, for instance, is home to the Latin American Recruitment and Educational Services (LARES) program, which has grown over the course of its more than 40 years of existence to serve more than 3,300 students.

While individual approaches work, many HSIs also face more universal problems, such as ensuring that faculty have appropriate training to work with a continuously evolving student population. The number of Hispanic faculty is not growing as fast as the number of Hispanics enrolling in college, according to the most recent federal data. That makes faculty training and cultural competency all the more important as faculty and staff are now serving a different type of student than they did as few as five years ago, Harrison said.

One of the goals at CPP is to help students think about moving in a direction they might not have previously considered, said CPP president Soraya M. Coley. CPP’s more prominent majors include engineering and the sciences, and the institution has put work into diversifying majors in those fields, with a particular emphasis on leveling the gender gap.

“What we want to do is create a sense of exposure, anticipation and expectation,” Coley said. “Once students have that vision for themselves, they’ll move toward that vision.”