The Obama administration was still in its first term when it started talking about the need for America’s teacher prep programs to step up their game and begin to produce more effective teachers.

Now—with about just three months left in its second term—the administration turned that talk into a tangible reality Wednesday in the form of new federal regulations. The regulations seek to rate teacher prep programs according to how many of their graduates go on to get jobs, how long they stay in those jobs, and how well they do those jobs as measured by student academic performance. 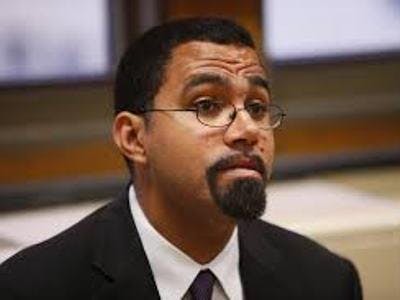 U.S. Secretary of Education John B. King Jr. says the regulations will help preparation programs in meeting “the needs of students and schools for great educators.”

The regulations allow for latitude in how the new rating systems will be implemented at the state level as long as those systems rate teacher prep programs as “effective,” “at-risk,” or “low-performing.”

In order to continue to receive federal TEACH grants, which are grants of up to $4,000 a year for prospective teachers who agree to teach at least four years in a high-need field in a low-income school or district, programs must be rated as “effective” for two of the previous three years.

Of course, whether the regulations survive or remain an enforcement priority in the next administration remains to be seen.

But for now, Obama administration officials are optimistic that the new teacher prep regs will make a difference in the quality and diversity of its teacher workforce—in part by giving prospective teachers a way to gauge the quality of teacher prep programs they may enter.

“These regulations will help strengthen teacher preparation so that prospective teachers get off to the best start they can, and preparation programs can meet the needs of students and schools for great educators,” said U.S. Secretary of Education John B. King Jr.

The new regulations, which are 695 pages long and can be read here , drew a mixture of praise, concern and criticism Wednesday among various stakeholders and observers.

One of the more lukewarm responses came from the American Association of Colleges for Teacher Education, which said in a statement that it was “carefully analyzing” the new rule and urged its members and stakeholders to “do the same to determine its potential impact on the profession.”

Sharon P. Robinson, president and CEO of AACTE, said the new rule “provides a catalyst at the state level to generate data regarding our graduates’ impact in the classroom and inform continuous program improvement.”

But her optimism was guarded, as was that of analysts at AACTE who were busy Wednesday trying to ascertain if there were any devil, so to speak, lurking within the details of the massive regulations.

If there is, it wouldn’t be a surprise if AACTE seeks changes when a new president and members of Congress assume their posts next year.

“With a new administration and a new Congress on the horizon, AACTE and its members will continue to engage with policy makers moving forward on items critical to the profession, including matters such as funding and legislation,” Robinson said.

If AACTE ultimately decides it wants to scrap or change the rule, it has some like-minded individuals in Congress.

U.S. Rep. John Kline (R-Minn.), chairman of the House Committee on Education and the Workforce, criticized the Education Department for “taking a one-size-fits-all approach that will lead to unintended consequences.”

“It will be impossible to effectively implement this vast regulatory scheme, and it may lead to fewer teachers serving some our nation’s most vulnerable children,” Kline said in a statement. “And to add insult to injury, this new rule does not reflect the bipartisan consensus that was reached in our recent efforts to improve K-12 education.

“This is an issue policymakers should discuss and resolve through broader reforms of the Higher Education Act, not through the unilateral actions of the Department of Education.”

Robinson said it should be noted that the new rule makes the “unprecedented move to link eligibility for federal student financial aid to yet-to-be-designed state rating systems.”

Not everyone sees that as a problem.

“Far from warranting concern, we think this transformation presents an opportunity for colleges of education to become leaders within the field of higher education,” said Benjamin Riley, executive director of Deans for Impact, an organization that seeks to transform the field of teacher prep.

“If leaders of educator-preparation programs embrace this opportunity, they will become leaders of the most interesting, innovative and outcomes-focused departments on university campuses in this country,” Riley said. “The new regulations create an opportunity for states to develop data systems that will make tremendously meaningful differences for students and student learning.”

As an example, Riley cited one section of the regulations that he said requires states to calculate aggregate student learning outcomes for students taught by novice teachers; gather data on placement and retention of teachers in high-needs schools; and consider surveys of employers, that is, school districts, as to whether novice teachers possess the skills they need to be effective.

“State policymakers and leaders of teacher-preparation programs now need to work together to develop meaningful ways of achieving these goals,” Riley said.

Kate Walsh, president of the National Council on Teacher Quality, a research and policy organization that seeks to change the way teacher prep programs operate, said she was disappointed that the Education Department “totally backed down on the need for programs to be more selective.

“They did so because they got so much pushback from HBCUs and others that, if they were forced to raise their standards for who gets into their program, they would not be able to teach a sufficient number of African Americans and Hispanics,” Walsh said. “To me, that’s deeply concerning. I think it does a disservice to the kids that will be taught by these teachers that what matters most is the color of the teacher, not whether or not the teacher is qualified to be in the classroom.

“It also does a disservice to African Americans and Hispanics to say the only way we can have enough of you is to make sure we don’t have any standards.”

The Education Department’s regulation actually chronicles the fact that many stakeholders were “concerned that rigorous entrance requirements could decrease diversity in the teaching profession.”

Accordingly, the department revised an early iteration of its rule on entrance and exit standards to focus instead strictly on rigorous exit standards.

“The Department also encourages all States to include diversity of program graduates as an indicator in their performance rating systems, to recognize those programs that are addressing this critical need in the teaching workforce,” the rule states.