Diverse Conversations: Should Diversity of a College be Ranked?

There are a lot of college ranking systems out there, from the campuses with the most attractive students to the best party schools. Perhaps the most highly-regarded, however, is the U.S. News & World Report’s Best Colleges list. The list is consists of 50 different numerical rankings intended to help students and parent choose the right spot. 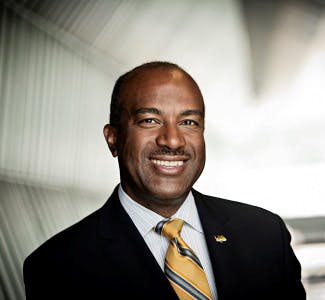 Gary S. May, engineering dean at Georgia Institute of Technology, says that the publication should start including diversity as part of what helps colleges and universities rank higher (or lower) on the major lists, like the National one. U.S. News already produces a diversity ranking, but it is separate from the larger, more popular list. That needs modification, May says, for real change to take place.

Using diversity as a college ranking benchmark would force colleges to step up their game, recruiting more diverse student and faculty populations. Even if the only reason for such moves was to perform better in the ranking, it’s reason enough, May says.

“Rightly or wrongly ― these rankings drive behavior,” May has written.

I’m not a fan of the U.S. News & World Report ranking system for a myriad reasons. I think that every college atmosphere has its own individuality that relies on things that work for that particular location. By pitting all colleges against each other using a blanket formula for what is “good,” the rankings demean the whole point of college individuality. What works at one school may not work at another, and there are so many nuances of the college experience that improve it that are intangible. It’s a slippery slope when we apply rigid outlines for what is considered the “best” of anything. Yes, of course, graduation rate does matter but even if can’t tell the entire story of a college or university that may be working hard to help students succeed, even if the graduate tally doesn’t reflect that.

My other issue with the U.S. News rankings echoes what May writes: The criteria for ranking lacks the substance needed to improve the student experience. In the piece, May stresses the importance of diversity on college campuses, not just for traditionally underserved students but for advantaged ones too. He’s right. When diversity is elevated on college campuses, every student benefits. Diversity empowers students to go out and improve the status of their chosen fields after they’ve walked the graduation stage. More awareness about inequality and an appreciation for the life background of those who are different is an invaluable skill that every college graduate truly needs. There’s no way to really measure if students are schooled enough in diversity when they leave, but a more diverse student body certainly boosts those chances.

I’m not sure what it says about our college and university system if it takes an outside ranking to force us to do better when it comes to diversity (but probably nothing good). It would be great if colleges took the initiative on these fronts just because it is the right thing to do. It’s 2016, however, and the college graduation gap is still too wide for comfort. Colleges are just not graduating enough minorities and at-risk students. Colleges are also not employing enough minorities and women as professors.

“Diversity” has been a buzzword for decades now and colleges are still dragging their proverbial feet when it comes to real action that can improve diversity on campuses. Creating an office for diversity and sending out a press release on it is not enough; diversity programs should have actual results attached to be taken seriously.

That’s what May is calling for in his piece and it’s what U.S. News needs to consider when potentially revamping how it ranks colleges and universities. We need to be doing more to cultivate college and instructional populations that represent as wide a spectrum of people as possible. If a third-party ranking system is what we need to make that happen, then I say let’s do it. Whatever it takes to improve the diversity on our college campuses is what we need to do ― and I hope that U.S. News is listening. Until the college landscape can incorporate diversity in more meaningful, actionable ways students will suffer, and by extension, so will our workplaces.