For the two presidential candidates and their supporters, the hope for the third and final presidential debate Wednesday night at the University of Nevada, Las Vegas (UNLV) will be to make the most favorable impression upon the millions of people who watch the political spectacle.

But for UNLV President Len Jessup, the hope will be for the university to make a favorable impression upon the families of future college students. 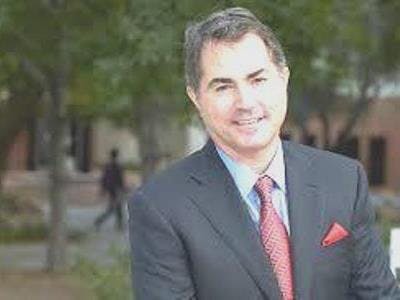 UNLV President Len Jessup said his university will use hosting the presidential debate as a step forward in the bid to become a top-tier institution.

“I hope people come away saying, ‘I didn’t realize how beautiful that UNLV campus is and how great that university is,’” Jessup said in a recent interview with UNLV Magazine.

“‘I knew they had a basketball team and a top hotel program,’” he said, continuing with what he hopes viewers come away thinking. “‘I had no idea about their creative writing program and that they’re launching a medical school.’

“It might influence somebody to think, ‘I might have my son or daughter apply for school there.”

If history is any indicator, it’s a sure bet that applications will go up at UNLV as a result of hosting Wednesday night’s presidential debate.

“We did some digging,” Jessup told the college magazine. “Universities that had hosted before had calculated $50-$60 million dollars worth of earned media — basically free publicity to the university and the city.

“So we thought, ‘Well, this is just perfect. This university is working hard to become a Top Tier university, and we’ll get to tell that story to the world.’”

Indeed, through September, UNLV estimates that being selected as a venue for the final presidential debate has already generated $85 million worth of publicity.

The publicity pays off.

Hofstra University, which hosted the first presidential debate of 2016 and two presidential debates prior — one apiece in 2008 and 2012 — got 150,000 hits on its website during the 2012 debate, which was a 400 percent increase over the usual traffic.

The following year, the university’s enrollment applications increased by 5,000 — a 21 percent jump, according to Bob Brinkmann, vice provost for scholarship and engagement at Hofstra University.

The 2012 debates cost Hofstra about $5 million, which came largely from donors.

“We expect that this year it will be a little higher, but again, we were lucky to have several very generous donors who defrayed most of the costs for us,” Brinkmann told Diverse.

Although Hofstra has historically attracted more applicants as a result of hosting a presidential debate, the university has also benefited in other ways, Brinkmann said.

“I think the biggest immediate benefit was for our students,” Brinkmann said. “I cannot express enough how exciting it was for them to be on campus during the weeks leading up to the debate.

“We had some of the greatest political and media thinkers of our time on campus,” he said, listing political figures and public intellectuals that ranged from former Louisiana Gov. Bobby Jindal to Georgetown sociology professor Michael Eric Dyson.

“They gave talks, spent time with our students, and broke bread with them,” Brinkman said.

“As to the long-term impact of the debate, I think that the event solidified our reputation as a university focused on public policy and government,” Brinkmann said. “To many of us on campus, the debate events were a logical extension of what we are already doing.”

Scoring a presidential debate is no easy feat.

For instance, the venue must have fully carpeted floors, fully padded seats with a clear view of the stage, space for dozens of mobile TV trucks, and workspace for 3,000 journalists. Plus, the host city must have 3,000 hotel rooms within a half hour of the venue — something that was never a problem in Vegas.

But if anyone thinks the only thing a university has to do to be considered as a host site for the presidential debates is apply, think again.

Whereas universities interested in hosting a debate typically submit applications to the Commission on Presidential Debates — a nonpartisan, nonprofit organization that conducts general election presidential debates — in the case of UNLV, the commission approached the university.

“Normally a year before the debates, we issue a request for bid to the universities and colleges across the country,” Frank Fahrenkopf, chairman of the commission, explained to UNLV Magazine.

“I have always wanted to have a debate in my home state,” Fahrenkopf said. “So I picked up the phone and called [then-interim UNLV President] Don Snyder, and said, ‘Don, I want Nevada to have a debate; could UNLV be in a position to host it?’ Don ran with it and here we are.”

Alan Schroeder, a professor of journalism at Northeastern University and author of Presidential Debates: Risky Business on the Campaign Trail, said universities are selected as debate venues for other reasons as well.

“I have no doubt that Fahrenkopf’s Nevada connection was a factor in UNLV being chosen as a debate site,” Schroeder said. “But I also think Nevada’s swing-state status also had a lot to do with the selection — not to mention to readiness of Las Vegas to absorb a big event like this.

“Also, the debate commission looks for geographical diversity as it makes these decisions, so a Western location undoubtedly helped in that sense, too.”

University of Notre Dame President the Rev. John I. Jenkins, a member of the board for the Commission of Presidential Debates, said putting the debates on college campuses is “an intentional decision by the commission because we see this as an educational exercise and as an attempt to involve the next generation of voters in the political process.”

“We want students engaged and talking about the political process, so that for the rest of their lives they will be engaged, thoughtful voters who want answers to questions,” Jenkins recently told the Notre Dame News. “That’s the heart of a university and it’s really at the heart of the purpose of the commission.”

At UNLV, campus leaders took things a step further and encouraged faculty to create new classes or enhance existing ones to capitalize on the debates coming to campus.

The classes include ones with titles such as “First Year Seminar / Presidential Debates” and “Race, Class and Gender in the 2016 Election.”

Faculty say the classes are meant to teach the students — most of whom are first-time voters — to critically assess the candidates’ stances.

“I want them to be able to analyze a candidate’s overall performance along with their effectiveness in conveying their message to the general public,” said UNLV political science instructor Majid Shirali, who is leading the first-year seminar course.

A.B. Wilkinson, an assistant professor of history at UNLV, said he hopes his class on race, class, gender and the 2016 election will teach students how to “weed out spin issues and pundit propaganda, so they’re able to focus on facts and evidence”.

“That way they can decide where they stand on certain policies that affect their lives and the lives of others,” Wilkinson said.