Student Loan Debt for Graduates Up 4 Percent in 2015

When students graduated from college in 2014, those who borrowed money to pay for college owed an average of $28,950. Now the average debt is $30,100 — 4 percent higher — for those who graduated in 2015, according to a new report released Tuesday. 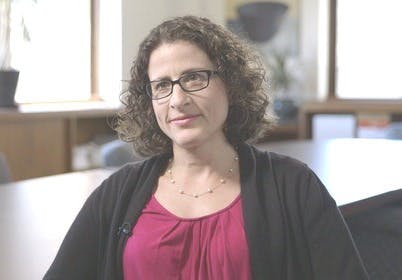 Lauren Asher is president of The Institute for College Access & Success.

“Student debt is still rising, and the typical college graduate now leaves school with over $30,000 in loans,” said Lauren Asher, president of The Institute for College Access & Success, or TICAS, which released its 11th annual student loan debt report Tuesday.

TICAS tackles the tough subject of student loan debt through a new report titled “Student Debt and the Class of 2015.”

It seeks to describe the financial plight of the roughly 7 in 10 college seniors who graduate from public or private nonprofit colleges. The report says the average debt level ranged from $3,000 to $53,000.

The report also breaks down the average debt per student by state.

High-debt states tended to be concentrated in the Northeast and Midwest, while those with the lowest debts tended to be located in the West, the report found. For instance, the highest average student debt is in New Hampshire — at $36,101 — while the lowest is in Utah — at $18,873.

TICAS also created an online tool to look up detailed information at the state and college level.

Private loans — mostly made by private banks and lenders but also by some states and colleges — constituted about one-fifth of graduates’ debt in 2015, the report found.

“In addition to how much they owe, it matters what kinds of loans students have,” said Debbie Cochrane, co-author of the report and vice president at TICAS.

“Compared to federal loans, private loans — whether from banks, states, or schools — can be much harder to repay, especially if the borrower hits hard times,” Cochrane said. The report notes that private loans “lack the protections and flexibility of federal student loans.”

The report recommends a series of policy solutions at the state and federal level.

At the state level, the policy solutions include awarding state grant aid on need versus merit.

In the 2014-15 school year, 24 percent of state grant aid dollars were allocated to undergraduate students “without regard to their financial circumstances,” the report states. “Students with greater financial need are more likely to need loans to cover college costs, and need-based state grant aid can help reduce students’ need to borrow.”

At the federal level, the report recommends promoting state investment through state-federal partnerships and “doubling the maximum Pell Grant to restore its purchasing power.”

“Need-based grants reduce low- and moderate-income students’ need for loans, yet the Pell Grant currently covers the lowest share of the cost of college in more than 40 years,” the report laments.

The report also recommends simplifying and improving income-driven repayment and making it easier for borrowers to make payments based on their income.