In order to increase and diversify the number of American students who study abroad, K-12 educators, nonprofits and universities must pursue strategic partnerships to reach students from diverse backgrounds while they are still in high school.

That was the message that Gretchen Cook-Anderson, director of diversity recruiting and advising at the Institute for the International Education of Students, or IES Abroad, delivered Monday at the Institute of International Education’s 2016 Summit on Generation Study Abroad. The summit is part of a multi-year effort to double the ranks of American students who study abroad by 2020. 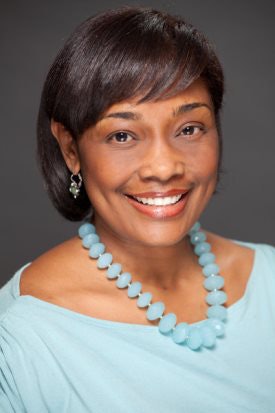 Gretchen Cook-Anderson is director of diversity recruiting and advising at the Institute for the International Education of Students.

“If a student does study abroad at an early age, high school, for example, that’s a strong indicator of their potential to study abroad in college,” Cook-Anderson said at a workshop titled “Early Bird Gets the Worm: Creating a Pipeline of Diverse High School Students into College-Level Study Abroad.”

Cook-Anderson touted a new Chicago-based partnership that IES Abroad has pursued with Global Glimpse, a nonprofit that provides study abroad experiences to American high school students—primarily economically disadvantaged and nearly half of them first-generation college students—by taking them to Nicaragua, the Dominican Republic or Ecuador.

The organization does more than just take students abroad. It brings students together from different backgrounds, such as it did in this video called “Diversity Matters,” when it brought together students from The Bronx and a suburban Connecticut town to go abroad together to the Dominican Republic in the summer of 2015.

Students reported afterward that the experience shattered stereotypes they had about each other as they both went to visit the foreign country.

Despite the benefits of studying abroad in high school, it’s not a foregone conclusion that such students will continue to do so in college.

Felicia Ong, community engagement specialist at Global Glimpse, said that, while she initially thought alumni of Global Glimpse would go on to study abroad in college, a recent survey found that only 18 percent did. Ong—who is also an alumnus of Global Glimpse—said that, even though she thought she would study abroad in college, she herself did not do so during her time as an undergrad at UC Davis nor her time getting a certificate in Social Impact Leadership at UC Berkeley Haas.

“It was expensive,” Ong said of studying abroad in college. “I was really finding myself struggling,” she said, even though she went to college on a near full-ride.

“At the end of the day I got two degrees and no study abroad,” Ong said. “People ask me every day do I regret it and I say, ‘Yes.’”

To help overcome the financial barriers, Ong said Global Glimpse teamed up with GoFundMe—a crowdfunding website—to help students create webpages to generate funds to study abroad. Subsequently, she said, the number of students who drop out of the program has been cut in half.

Cook-Anderson said the hope of the new partnership between IES Abroad and Global Glimpse is to find ways to “fill the gaps” as students transition to college “so that the 18 percent statistic goes up.” She was referring to the percentage of Global Glimpse alumni who study abroad in college.

“What we have found through some of our previous partnerships is that, if you can put certain things in place, keep working with parents and families, if you can keep students engaged along the way as they transition into college … by the time they’re ready and primed to go study abroad they have the information and the financing,” Cook-Anderson said.

The work that international exchange workers such as Cook-Anderson and Ong are doing is more important today than it’s ever been before given the great strife and divisions that permeate the current American political climate, Jim Pellow, president and CEO of the Council on International Educational Exchange, a Maine-based, nonprofit NGO that works to foster cross-cultural exchange, told summit attendees during a luncheon speech.

“Our work in bringing students together with foreign cultures and foreign folks and making sure we put our best foot forward and that we’re learning and are sensitive and empathic has never been more important,” Pellow said.

Allan Goodman, president and CEO of the Institute of International Education, or IIE, called the 2020 goal the organization’s “moonshoot.”

“If we are really going to be successful in this moonshoot, we are going to need bold thinkers, aggressive actions, and leaders at every level of our organizations—that is, faculty, presidents and students,” Pellow said in building on Goodman’s remarks. “For us to move the needle in terms of raising the participation rates, we need to be collaborative.

“If we focus and collaborate and do things in a comprehensive way, campus by campus, we’ll have a better chance of changing campus communities and letting the momentum take care of itself.”

Indeed, 12 institutions of higher education were recognized at the conference for meeting their Generation Study abroad commitments. The institutions included Lamar University—a large public university in Beaumont, Texas, that has doubled the number of students who study abroad over the past several years by “significantly expanding its study abroad office and scaling-up targeted outreach to current and prospective students,” according to IIE.

He said that, while studying abroad is “one of the best ways to prepare to enter and succeed in the interconnected, globalized workforce,” 90 percent of American college students never study or intern outside the United States.

“We owe it to the next generation of Americans to explain why study abroad is more crucial than ever and to find ways to make it more accessible to a wider range of students,” Goodman said.