Let’s consider for a second that college campuses are not bastions of young and entitled intellectuals who wince and withdraw whenever they hear or see something offensive. I am proposing an alternative viewpoint, and it is that the resilience of college students has not changed within the last half-century. Instead, maybe the demographics of our universities have changed so dramatically that students and the colleges they attend are ill-prepared to cope with diversity. 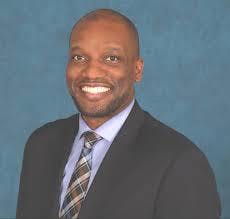 In all fairness, I have seen my share of coddled students over my 20 years in higher education; students who probably would have benefited from more time “walking it off” during their formative adolescent years. Perhaps the reason that students appear to be coddled is nuanced but for the sake of brevity, I’ll blame their parents. However, and less sarcastically, I believe these students are exceptions to the norm and probably exist in no higher percentages than the number of coddled “grown people” who inhabit the earth.

So, what if there is not a “new” crisis on American college campuses? What if, today’s college students are dealing with issues that previous generations did not have to deal with due to segregation and discrimination? And even after segregation, when many higher education institutions were forced by law to integrate classrooms, cafeterias, and campuses, many students and administrators reacted in protest and in some cases, violence.  Only 53 years ago, President John F. Kennedy deployed the National Guard to the University of Alabama to force it to desegregate after Alabama Gov. George Wallace decried, “Segregation now! Segregation tomorrow! Segregation forever!”

To add a bit of perspective, according to a 2014 Pew Research Center study, from 1996 to 2012, college enrollment among African Americans students ages 18 to 24 increased 72 percent. The enrollment of Hispanic students increased 240 percent. By 2050, Whites will be a minority, adding up to only 47 percent of the population. Hispanics will account for 29 percent of the population, and Blacks and Asians will account for 13 percent and 9 percent respectively. Put another way, America is not and will not be the same as our grandparent’s America.

Now, universities are challenged by the intersection of a significantly more diverse student body that represents values and beliefs that previous generations could avoid due to segregation and Jim Crow laws. These laws contributed to a homogenous higher education landscape. When campuses lack diversity, there is less opportunity for conflict.

According to historian John R. Thelin, “…colleges were segregated and often practiced unabashed discrimination as to whom they chose to admit.” From the founding of Harvard University in 1636 until the landmark U.S. Supreme Court case Brown v. Board of Education Topeka, universities were insular communities. In 1968, nearly 30% of White college students attended institutions that were less than 1% Black. College students are now grappling with the complexities of a nation that is transitioning into the proverbial “melting pot.”

American higher education now truly represents an amalgamation and confluences of the marketplace of ideas, which sometimes leads to campus climate issues that many institutions are not prepared to manage.

Today’s students, mostly comprised of Millennials and Generation Z, are different than previous generations. Take for example the issue of free speech. A Pew study found that Millennials are “…far more likely than older generations to say the government should be able to prevent people from saying offensive statements about minority groups.” This is not true for Americans who have a college degree. The data underscore the significance of a college education in helping students develop an understanding of the importance of free speech and the right of people to hold viewpoints that may differ from their own.

Notwithstanding this finding, recent demands for mandatory trigger warnings and safe spaces on campuses should be concerning to everyone. Trigger warnings and safe spaces are great mechanisms when used appropriately but should not be obligatory in higher education. With regard to safe spaces, I agree that college students should have the opportunity to reside in spaces that are free from their so-called antagonists. However, these safe spaces are probably narrowly defined, such as a private residence or other place where there is a reasonable expectation of privacy.

As today’s college students continue to engage with issues that previous generations of college students did not have to, let’s stop the name calling and give credit and support to a generation of students and higher education administrators and faculty who may be dealing with what America should have dealt with many centuries ago.