Princess Williams hadn’t thought initially that teaching kindergarten in an urban area would be her lifelong passion.

“I was a pre-med student,” says Williams, a native of Newark, N.J., who attended New York University as an undergraduate. “I knew I always wanted to work with children, but I thought it would be doing something in the medical field.” 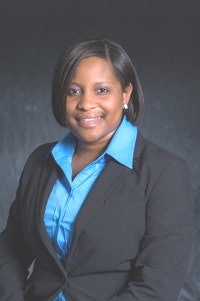 But when Williams failed biology and physics during her time at NYU, she says that she was suddenly at a “crossroad” and was forced to re-evaluate her career trajectory. After talking with a mentor, she realized that she was “really more passionate about teaching kids.”

Williams has spent the past decade as a school teacher, earning a series of accolades and awards, including being named the Outstanding Urban Teacher at the International Conference on Urban Education that took place last week.

It’s not the first time that Williams, 32, has been lauded for her work in the classroom. A few years ago, CNN anchor and talk show host Anderson Cooper surprised the kindergarten teacher by sending her to a New York City spa for the afternoon and teaching the class in her absence. More than 90 percent of the students in her classroom were achieving at grade level.

“You know something is your passion when you think about it all the time,” says Williams, reflecting on her years as a teacher in Newark, a city besieged with many challenges. “In order to be successful, you have to remove assumptions about the community, about the parents and about the school system. You have to be aware of who you are and the privileges you have and how it shapes your thinking. You have to focus and see the child in front of you and the parent as a human being and the community for the value and potential that it has.”

As a kindergarten teacher at Spark Academy, which is part of the KIPP Charter School network, Williams has recently expanded her role by becoming an instructional coach, helping to provide mentorship and guidance to three other teachers. She started her teaching career fresh out of NYU, as a two-year fellow for Teach for America, the national teaching corps that places recent college graduates as teachers in heavily under-resourced school districts across the country.

Dr. Chance W. Lewis, the Carol Grotnes Belk Distinguished Full Professor of Urban Education and founding executive director of the Urban Education Collaborative at the University of North Carolina at Charlotte, says Williams was selected after a global nomination period that was open over a three-month period to identify an outstanding teacher who is currently making a significant impact in an urban educational environment.

“Her incredible work in Newark was a perfect match for the 2016 Outstanding Urban Teacher Award,” says Lewis, who founded the biannual conference. “We are proud to honor her efforts for positively impacting the lives of urban youth.”

Williams’ journey has by no means been easy. As a youngster, she and her mother temporarily lived for times at shelters for battered homeless women.

“When you live in poverty, you think about survival and how you’re living day to day,” says Williams, who can relate to the circumstances that many of her current students face. “Kids want to know, ‘How does what I learn in school translate to the reality I come home to every day?’”

Tackling those kinds of questions was a major part of the International Conference on Urban Education that brought scholars, educators, religious leaders and community activists together to strategize on solutions for improving urban schools.

Williams, whose expenses were covered by the organizers of the conference, says that the opportunity to engage with scholars at the conference has allowed her to think about the prospects of going on to pursue a doctoral degree.

“The conference really pushed me to realize that I have to apply to doctoral programs and I have to pursue my research,” says Williams, who ultimately has a desire to start her own school and become a school superintendent. “It was important to be able to share knowledge and share that learning with others, and hopefully we can bring that back to our classrooms.”