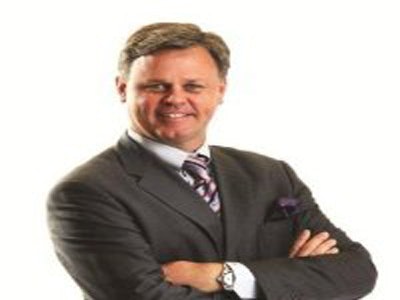 “There is no for-profit that hasn’t had an investigation or lawsuit action,” Juhlin said, lamenting what he characterized as a “coordinated attack” that the Obama administration led against the for-profit sector through the Education Department, Consumer Financial Protection Bureau and state attorneys general in recent years.

“I think that will be part of the legacy,” Juhlin said.

He said the Obama administration discovered that it could wield power over for-profits by threatening them with litigation and raising concerns about whether they were misrepresenting their outcomes.

“The allegations alone are so damaging that those institutions will oftentimes pay whatever is necessary to resolve that, move it forward just to get it out of the press,” Juhlin said. “That strategy will linger” and remain part of the administration’s legacy.

Neal McCluskey, director of Cato’s Center for Educational Freedom, said that, while history books may say the Obama administration’s efforts to crack down on for-profits were meant to “protect students,” there was an “unfair focus” on for-profits and “somewhat of a demonization to the exclusion of looking at all sectors.”

Robert Shireman, former deputy education under secretary under President Obama and a leader of the administration’s gainful employment regulations, disputed Juhlin’s notion that the administration “attacked” the for-profit sector.

“If the industry had said, as they say now, ‘Yeah there are some problems because our incentives are different,’ I think it would have all gone very, very differently.”

Shireman said the real motive behind going after for-profits was the administration did not want to be seen as “one who shoved boatloads of money into crappy institutions.”

The discussion took place at the Cato Institute and represented one of the relatively rare events in D.C. where the panelists were not all left-leaning or right-leaning.

Civility prevailed for the most part, but began to erode when Juhlin suggested that various regulations directed at for-profits be applied across the board to all sectors — including public universities and nonprofits — and Shireman objected, saying that for-profits are fundamentally different and would have to put all of their money into education in order to merit equal treatment.

Shireman also accused some for-profits of masquerading as nonprofits while in reality charging “millions of dollars” in rent to their affiliated education providers — a trend Shireman wrote about in a recent report titled “The Covert For-Profit: How College Owners Escape Oversight through a Regulatory Blind Spot.”

Much of the conversation focused on whether a Trump administration would seek to scrap the Education Department altogether or undo the gainful employment regulations implemented by the Obama administration. Among other things, the regulations seek to ensure that the estimated annual loan payment of a typical graduate does not exceed 20 percent of discretionary income or 8 percent of total earnings. As of now, the vast majority of programs that would risk the loss of federal aid under the regulations are for-profit institutions.

Shireman said he was “not sure” if the regulations will be gone or not under Trump.

Richard Vedder, director of the Center for College Affordability and Productivity, said he viewed the elimination of the Education Department as a good thing but did not know if it would happen.

“But I do think Trump’s a smart guy who will ultimately realize there are three huge problems with higher education: It’s too costly, too little learning is going on and too many students are not getting good jobs these days,” Vedder said. “And he’ll say, ‘What can we do about this?’” He said Trump will ultimately conclude that sector issues are “trivial in relation to broader problems.”

Barmak Nassirian, director of federal relations and policy analysis at the American Association of State Colleges and Universities, said the gainful employment rules will not be easily undone and that there is “irrational exuberance around the election and the future of for-profits” that he said will prove “enormously displaced.”

“The government can certainly put the schools on the honor code and wish them luck and not enforce and not police, but at the end of the day, they can’t force people to enroll in any particular type of institution,” Nassirian said.

“What I see from the for-profit sector is an utter failure to recognize that the obstructionism and the unwillingness to work constructively to fix whatever problems we think exist, that obstruction now lasting seven years, has created such brand toxicity for the sector that I think it’s going to take better than a decade of voluntary efforts on the part of the sector itself to restore some measure of neutrality.”

Juhlin said his personal efforts to talk with the administration to work things ought were fought at every turn because the Obama administration had issued its “marching orders.”

Juhlin predicted that, under Trump, “We’re going to get back to a more rational and objective structure in the department relative to where we’ve been in recent years.”

“It would be a mistake for the for-profit sector to say, ‘Let’s remove all regulations put in place over the last 10 years,’” Juhlin said. “That’s the worst thing they could do.”

Rather, Juhlin said his hope was that the regulations could be applied to all sectors.

“There are a lot of opportunities to focus on students and the outcomes we produce,” Juhlin said. “Let’s focus on that instead of saying, ‘This is an opportunity to get rid of a bunch of regulations.’”