WASHINGTON — In its ongoing efforts to crack down on for-profit colleges that leave their graduates saddled with debt and little to show for it, the U.S. Department of Education released new data Thursday that shows graduates from public undergraduate certificate programs earn an average $9,000 more per year than their counterparts at for-profit undergraduate certificate programs.

“The data show that public institutions pay off,” U.S. Undersecretary of Education Ted Mitchell said Thursday in a phone conference with reporters. 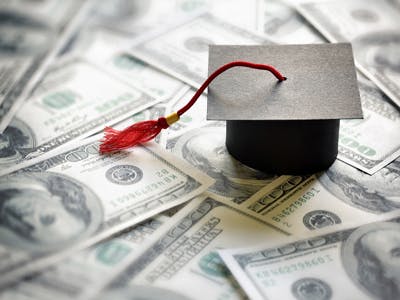 The data predictably drew a sharp rebuke from the for-profit college sector and accolades from proponents of public colleges and universities.

Steve Gunderson, president and CEO of Career Education Colleges and Universities, or CECU, the organization that represents the for-profit college sector, said the data released Thursday is “faulty” and “lacks context.”

“It is absolutely absurd to compare totally different fields of study and suggest that programs traditionally taught in public institutions have higher incomes than programs taught in proprietary colleges,” Gunderson said. “This reflects the continuing ideological bias of this Department against our sector and is yet another example of why Americans are tired of out-of-touch bureaucrats in Washington.”

Diverse presented Gunderson with a statement from the Education Department that said the data show that, even among undergraduate programs of the same field of study, the average difference is still about $2,700, or about 13 percent, higher for public-sector programs than for those in the for-profit sector.

Gunderson responded that earnings alone do not provide a full picture of a given college’s success and that other factors — such as demographics and location — matter.

“Geography, age, race and gender are all factors here,” Gunderson said. “One of the fundamental lessons we have learned from reviewing gainful-employment data is that where a person lives can have a significant impact on their earnings.

“You can have the exact same program in a high wage urban area in California and a low-wage rural area in the Midwest and have two totally different outcomes related to earnings,” Gunderson said.

Barmak Nassirian, director of federal relations and policy analysis at the American Association of State Colleges and Universities, did not express the same interest in parsing the data before drawing conclusions.

“These data confirm what we intuitively suspected about the sectors and their impact on their students,” Nassirian said. “There’s a lesson here for policymakers that I hope they heed: the sector that is subject to the most oversight and has a greater diversity of funders — the public sector — produces the best labor-market outcomes for students.

“And the sector that is mostly accountable to private owners, shareholders and hedge funds, and whose revenues are almost exclusively derived from publicly-funded vouchers provides the most anemic benefits.”

Education Department officials say the earnings data released Thursday will be used to calculate the debt-to-earnings rates that, under the standards of the department’s gainful-employment regulations, “will determine whether a career college program is serving students well or leaving them with unaffordable debts and poor employment prospects.”

“Consistently poor performing career college programs that fail to improve their quality will be barred from participating in the federal student aid programs,” the department said in a statement.

Under the gainful-employment regulations, “gainful employment” is achieved if the estimated annual loan payment of a typical graduate does not exceed 20 percent of one’s discretionary income or 8 percent of total earnings.

Nassirian said the forthcoming debt-to-earnings data will illuminate the shortcomings of the for-profit sector even more.

“Cross-walking earnings to debt would unfortunately demonstrate that what little gain in earnings students in for-profits may realize is overwhelmed by the massive amount of debt they have to take on to pay for their subprime education,” Nassirian said.

The Education Department said the higher earnings earned by graduates of public undergraduate certificate programs is due primarily to two factors.

First, the department said, public undergraduate certificate programs have relatively more gainful-employment students enrolled in relatively high-earning fields, essentially those where the average salary is $25,000 or better. Second, the department said, graduates of public undergraduate certificate programs have higher earnings than graduates of for-profit programs in the same fields.

U.S. Secretary of Education John B. King Jr., said the gainful-employment regulations are making a difference by spurring institutions to decide which programs to continue and which to close.