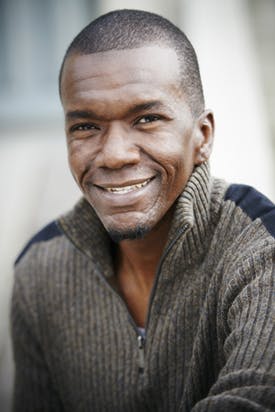 For students interested in pursuing careers in writing and publishing, UNCW has developed unique programming that allows them to gain exposure for their work as well as learn the ins and outs of the publishing world. Recently, the school developed a partnership with publishing giant HarperCollins that will give students direct access to leading industry professionals typically unavailable to students outside the New York City area.

UNCW has a publishing laboratory and several courses that prepare students for careers in publishing. There are also two in-house literary magazines as well as a literary book imprint, Lookout Books, which gives the bachelor’s and master’s students the chance to be part of a fully functioning publishing house. The one thing the school lacked in its career fair was representation from the big five publishing houses from New York.

“By establishing this partnership, senior professionals at HarperCollins will be Skyping with our classes to offer mentorship,” says Emily Louise Smith, director of the Publishing Laboratory. “We started the partnership with a HarperCollins representative being part of a publishing career panel during writers’ week. [Students] had the chance to meet with him one-on-one. At the graduate level, students will have the opportunity to send various HarperCollins representatives their résumés and cover letters, which we hope will lead to positions — at Harper or [elsewhere].”

While students have studied all aspects of publishing, some have not decided what specific area of the field they want to enter. This will give them an opportunity to receive high-level feedback on where their strengths lie.

UNCW’s publishing program was founded to demystify the publishing process. As aspiring authors, the creative writing students have the chance to see behind-the-scenes from the art to the business of publishing. Smith says it empowers them as authors to be better informed.

“It also helps our students who want to go on to careers in publishing create a more diverse spectrum of publishing interests. I mean that from editorial through marketing, promotion and book design. How can they find homes for their work? If those publishers aren’t out there, maybe they become those publishers and start their own presses or found imprints within the big five [publishing houses],” says Smith.

Another important information source for the creative writing students is bestselling author Jason Mott, a UNCW alum, who has been named writer-in-residence for the next three years. Mott’s role is a combination of teaching, advising and mentoring. He applauds the HarperCollins partnership, saying it will help students avoid many of the pitfalls that could lead to wasted time and energy.

UNCW faculty and administration strive for a diverse range of voices to be nurtured in their writing.

“It’s important for people of all colors to be nurtured in their writing, but when speaking of minorities — of any color or sex — there is a desperate need for their voices to be heard,” says Mott, author of the novels The Returned and The Wonder of All Things as well as two poetry collections. “Writing — and humanity itself — is always enriched by diversity. So it is essential that we actively seek to include as many voices and perspectives as possible in the storytelling landscape. Inclusion is unifying, not divisive.”

Mott says he was nurtured during his time at UNCW, where he earned a BFA in fiction and an MFA in poetry. He says mentorship is one of the most vital elements of a writer’s journey, and he hopes to help young writers the way he was helped. Mott also hopes young writers use this program and the access to the publishing community as a way to expand their horizons.

“It’s human nature to surround ourselves with people of similar ilk,” Mott says. “Sometimes that’s done on an intellectual/philosophical level, sometimes on a socioeconomic level, and sometimes simply by the fact that people look like you. Programs like this will help young writers out of their echo chambers and allow them to become acquainted with the lives of people not like themselves.”

Smith says the collaboration with HarperCollins will hopefully lead publishers to publish a more diverse range of books and reach out to more readers.

“Develop more audiences for books and I don’t mean the traditional paths of audiences,” she says. “Meeting readers in their own communities and publishing a more inclusive catalogue of books.”