The nation’s 19 historically Black land-grant colleges (the so-called 1890 HBCUs), are expected this week to have a Congressional hearing on a plan to specifically strengthen the institutions’ financial abilities to provide formal education to minorities and others pursuing studies in the agricultural sciences.

The full House Committee, chaired by Rep. Mike Conaway, R-Texas, plans to hear Wednesday morning from two panels — one of lawmakers and one of university presidents — about a House resolution (6020) that would provide each of the 19 institutions $1 million a year for five years to fund scholarships for students planning to pursue careers in the field of agriculture. 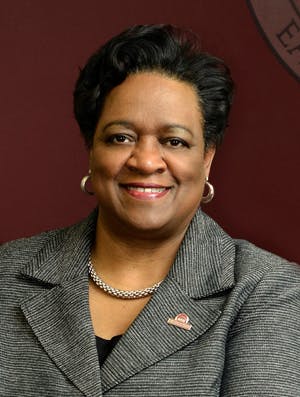 President Juliette B. Bell of the University of Maryland Eastern Shore

The scholarship funds proposal by Rep. David Scott, D-Ga., represent what Scott notes is a “drop in the bucket” from the billions spent annually by the federal government to help higher education.

Still, he says, there is positive action on the proposal for a variety of reasons. It would come at a crucial time in history, as the ranks of the nation’s agricultural farming and producer population are declining rapidly. The average age of the declining ranks — 60 years old, according to federal population studies — is getting higher and higher.

Scott’s proposal also would give a needed boost to the 1890 colleges, a specific group of public colleges created to fulfill a post-Civil War effort by the government to provide agricultural education training and services to Blacks in 19 states.

The 1890s have never been funded to address their mission on a comparable basis to their historically White counterparts regardless of the potential size of their target population, federal, state and private research reports say.

The federal and state funding policies and practices are oft times cited as playing an important role in the demise during the last century of Black farms and Blacks in agriculture.

Until the 1950s, Blacks were legally barred from attending the historically White land-grant colleges in those states.

“There is a legal and lawful requirement that we support these schools,” said Scott, a graduate of Florida A&M University, an 1890 land-grant institution. “There is not greater time for these 1890s to play a pivotal role” in helping create higher education opportunities for Americans who need help, adds Scott, a Wharton School of Business graduate.

Targeting that money to a specific set of institutions for specific types of scholarships “is a great start,” he added.

The Scott scholarship funds proposal has bipartisan support. There is only an outside chance the House Agriculture Committee would endorse it and get the full House and Senate to follow suit before Congress recesses this month for the year and term, he acknowledges.

Still, the ground has been laid for the measure to be atop the list next year of the House Agriculture Committee’s items for action, says Scott, noting the committee’s key members were re-elected last month and he feels his measure complements pledges by President-elect Donald Trump to take actions that will help minorities.

Citing Trump’s campaign agenda of spending more than a trillion dollars on the nation’s infrastructure and his appeal to Black Americans to give him a chance, Scott says Trump is asking lawmakers to give him ideas on what he can do.

“We are saying, ‘Mr. President. Here is a foundation. We’ve got something,’” Scott says of his proposal.

Several lawmaker supporting the House bill are to be on one of two panels set to testify at this week’s House hearing, including Rep. Kevin Cramer, R-N.D., and Rep. Emanuel Cleaver, D-Mo., the latter who is a former mayor of Kansas City.

A panel of 1890 HBCU presidents is also set to testify at the congressional hearing, the first in memory to focus specifically upon the roles and needs of the 1890 institutions. Dr. Juliette B. Bell, president of the University of Maryland Eastern Shore, Dr. Cynthia Hammond, president of Ohio Central State University, and Dr. Paul Jones the president of Fort Valley State University, Georgia’s land-grant college in the state’s Black Belt agriculture region, are expected to speak at the hearing.