The University of Southern California (USC) will mourn the loss of professor Bosco Tjan in a special prayer ceremony Monday, as the graduate student believed to have stabbed Tjan remains jailed.

Tjan was stabbed fatally in the chest last Friday, inside the Seeley G. Mudd building on the USC campus. 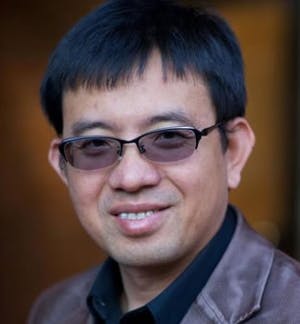 In a letter to the university community, USC President C.L. Max Nikias said the school’s public safety officers responded immediately and apprehended the suspect at the scene of the crime. Police arrested Jonathan David Brown, 28, reported to be a doctoral student in Tjan’s lab.

The USC Department of Public Safety said in a statement the attack was not a random act and “was the result of a personal dispute.”

Tjan, 50, a USC professor since 2001, taught at the Dornsife College of Letters, Arts and Sciences, and was considered an expert in vision loss restoration.

In his own words, Tjan wrote about what he did on his LinkedIn profile: “I direct the Laboratory for Functional and Computational Vision at the University of Southern California. My group studies the human visual system using a broad range of behavioral, computational, and neural imaging techniques to address basic and translational questions pertaining to vision loss, restoration, and rehabilitation. I also co-direct the USC Dornsife Cognitive Neuroscience Imaging Center, a shared human brain imaging facility for researchers in human neuroscience.”

When the news broke of Tjan’s murder, his friends and colleagues expressed their dismay on social media.

Ramsay Brown wrote on Facebook: “I remember the way your whole face scrunched in on itself when you laughed at your own jokes. I remember all the things students had to say about you: and how it was nothing but praise and love and respect and friendship. Bosco, you were one of the best we had in NGP (the Neuroscience Graduate Program) and you were senselessly taken from us to soon.”

Another researcher, Hao Li, wrote: “I remembered him as a great neuroscientist, and also the deep conversations we had on models and theories about human perception and vision. Tragically, we have lost a great mind.”

Daniel Popovsky commended Tjan on the body of his research, citing his numerous Google Scholar Citations. “While his presence on campus will be missed,” Popovsky wrote, “his research and name will live for years to come.”

The violent act toward Tjan was not the first on the USC campus toward Asian and Asian Americans.

In 2015, Xinran Ji, a 24-year-old graduate student, was found dead walking home from a study group. Prosecutors said he was targeted because he was Chinese. A jury convicted an 18-year-old female of first-degree murder this year. Three other males face murder trials next year.

In 2012, two other Chinese graduate students, Minq Qu and Ying Wu, were shot to death while sitting in their car a mile from campus.

Two men were arrested, convicted, and sentenced to life in prison without possibility of parole.

While those killings raised concerns about the safety of international students, this new killing has some on the USC campus wondering about their own general safety.

Zhongtang Li, a teaching assistant and fourth-year doctoral student in chemical engineering from Shanxi, China, told the Los Angeles Times he does not feel as safe as before.

“I think I’m good with my students, but even so, I will be even more careful now on whether I’m going too hard on them,” he told the Times.

“I’m worried. It seems like more and more people are losing self-control. … USC is a good school. The students here work hard to come here. They have a good education — how can anyone act like this?” he said. “I’ve been here for so long; this is the worst thing to have happened on campus, the hardest to understand.”

Before coming to USC, Tjan did his doctoral studies at the University of Minnesota Twin Cities. He is survived by a wife and son.

Emil Guillermo is a journalist and commentator. He writes on race and politics at http://www.aaldef.org/blog.