Hispanics are the fastest-growing minority in the United States. Because they are rapidly making up a significant proportion of our population, it’s important to consider how we as a nation can invest in their success. To do this, we’ll have to look at the specific challenges many Hispanics are experiencing in America, especially when it comes to higher education. This is just a glimpse of what we can do to achieve education equality for all Americans.

Take a look at the numbers first

The U.S. Census reports that the estimated Hispanic population in the nation is 52 million—making residents of Hispanic origin the largest minority in the country. In fact, one of every six Americans is a Hispanic. That number is expected to rise to more than 132 million by 2050, and Hispanics will then represent 30 percent of the U.S. population. Children with Hispanic roots make up 23 percent of the age 17 and under demographic—making future higher education legislation critical for this growing and thriving minority group. 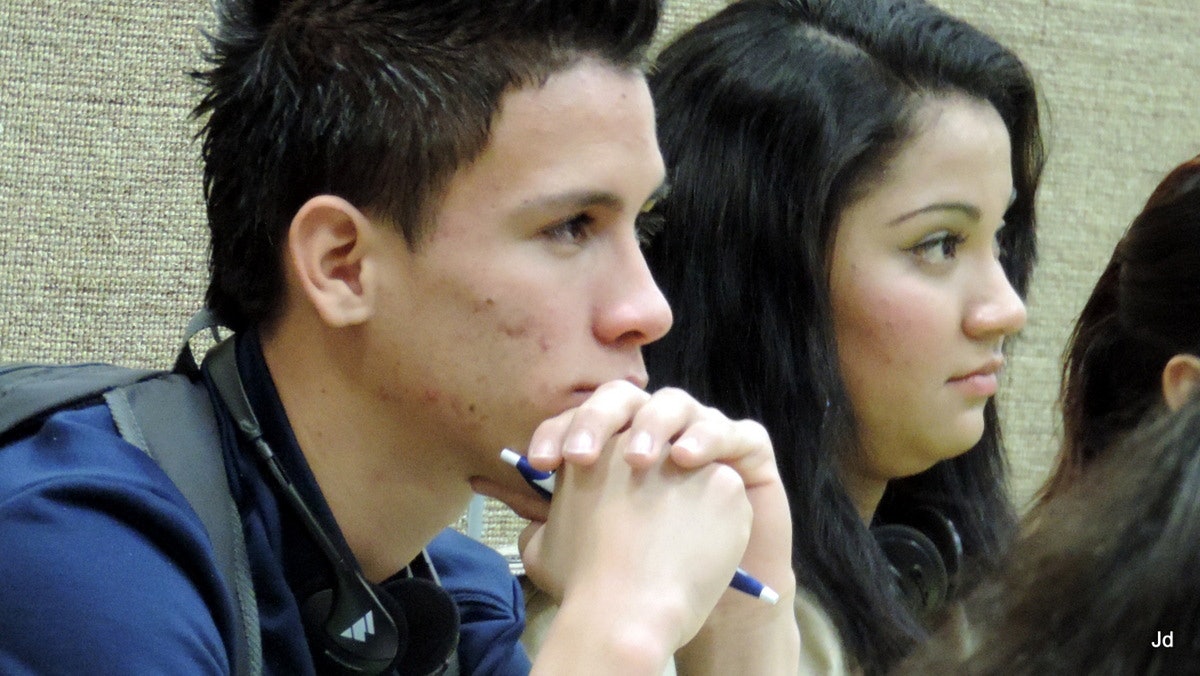 Young people of Hispanic origin face specific challenges when it comes to higher education. Compared to other demographics, many prospective students are first-generation Americans, or even undocumented residents, and do not have the first-hand experience or guidance from parents regarding the college experience in the U.S. Like all other ethnic groups, Hispanic youth face financial difficulty when trying to determine if college is a possibility.

Many young Hispanics may feel overwhelmed by the social and financial pressure associated with college attendance and are in need of the right guidance. While higher education initiatives are changing to address these issues, only 13 percent of the Hispanic population over the age of 25 had a bachelor’s degree or higher in the 2010 Census.

Does the federal government have any solutions?

Early on, the Obama administration recognized the rapid growth of the Hispanic community, specifically as it impacts higher education, and put several pieces of legislation into motion including the DREAM Act. First introduced in the U.S. Senate in August 2001, the Development, Relief and Education for Alien Minors Act was designed to reward children in good standing that came to the country illegally. Temporary residency is granted for a six-year time frame for young people that seek higher educational pursuits with an option for permanent residency after completion of a bachelor’s degree or beyond.

The bill had gone through several iterations before President Obama announced in June 2012 that his administration would stop deporting undocumented immigrants meeting DREAM Act criteria. While this legislation applies to more than Hispanic immigrants, they are the group that stands to benefit the most from its enactment. With no fear of deportation, Hispanic youth with higher education aspirations are free to pursue them and work toward a better individual and collective future.

Increasing higher education opportunities for Hispanics has obvious positive benefits for the demographic itself, but the influence will be felt even further. Think of it as a ripple effect, where the Hispanic community represents the initial splash and all other ethnic groups feel the impact, too.

The economic success of geographic areas, specifically urban areas, is directly affected by the number of college graduates that study and stay there. In states like Texas, this is an especially poignant point where a one-point college graduate rate increase can result in $1.5 billion more in annual economic activity for cities like San Antonio. Without the help of Hispanic youth, these numbers are difficult, if impossible, to achieve.

Legislation like the DREAM Act is just the start of changing the culture of higher education to be more welcoming to Hispanic youth. Individual colleges and universities must also step up and offer academic and financial aid programs with specific Hispanic needs in mind. The future achievements of higher education in the U.S. are dependent upon the inclusion and success of Hispanic students, and the same is true of a stable economic climate. The sooner that federal and state initiatives, along with colleges and universities, embrace these inevitabilities, the better. That said, although it’s obvious that Hispanics deserve a quality education just like any other American, there are challenges that must be overcome to meet the needs of this population.

I believe that educating immigrants is something the U.S. should do with their heads held high. These young students crossed the border to our country, and giving them the gift of education is our responsibility. They are worth investing in; the face of America is changing, and the radical transformation is largely due to immigrants. Educating today’s college-age immigrants means better workers in the future—these educated students will positively impact the wealth of this country.

Overall, President Obama did an excellent job of ensuring that the Hispanic community was included in attempts to advance educational opportunities for the entire nation. Also, he restructured the White House Initiative on Educational Excellence for Hispanics to advance educational opportunities at the P-20 level. Also, President Obama is dedicated to giving students who aren’t yet American citizens an opportunity to gain their citizenship.

A lot is required to overcome the challenges specific to the Hispanic population in the United States. However, we have to overcome them. If America wants to be competitive in the global workforce, it’s important to invest in top-notch higher education for all of our residents. Considering that Hispanics are a fast-growing demographic, it makes sense to make sure that their needs as American students and workers are served.