The Education Department announced Monday that it would deny Charlotte School of Law access to federal student loans. 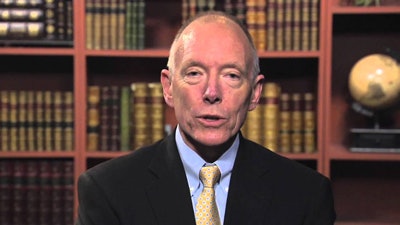 Under Secretary of Education Ted Mitchell

In a statement, Under Secretary of Education Ted Mitchell said, “The ABA (American Bar Association) repeatedly found that the Charlotte School of Law does not prepare students for participation in the legal profession. Yet CSL continuously misrepresented itself to current and prospective students as hitting the mark.”

He further characterized CSL’s actions as “misleading and dishonest.”

Prior to the ED decision, ABA had placed CSL on two-years’ probation, finding that the school was not in compliance with association rules requiring schools to admit applicants who appear likely to succeed in academic programs and pass the bar. ABA first informed CSL of its non-compliance with the standards in February 2016 and again in July 2016.

According to the most recent ABA data, of the 456 students who graduated from CSL in 2015, 120 had found full-time, long-term work.

CSL is part of the for-profit InfiLaw System, which also manages Arizona Summit Law School and Florida Coastal School of Law. The Charlotte school was established in 2006 and has had a recent track record of low graduation rates and low graduate employment success rate.

After reaching a high in bar passage rates in 2010, the numbers have declined. Only 45 percent of CSL graduates passed the North Carolina bar in July 2016, compared to the 66 percent state average.

In a statement released Monday evening, CSL said that it was working to protect students and to address the issues raised by the ABA probation. ED’s decision was unexpected, CSL said.

“We had no warning of this change in the eligibility status of the School and no opportunity to communicate with the DOE prior to its letter or the public announcement,” the statement read.