Whenever Dreama Gentry, founder and executive director of Partners for Education at Berea College, gets questions about why she wanted her college to become involved in early childhood and K-12 education, she has a simple answer.

As a college, Gentry says Berea can only reach the 1,600 students on its campus. But by working with schools in the surrounding community, the college is better able to fulfill its mission of serving Appalachia—one of the poorest regions in the nation—by reaching thousands of students of all ages. 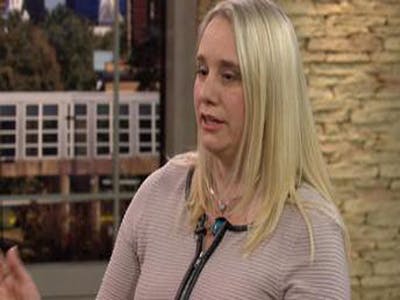 Dreama Gentry is founder and executive director of Partners for Education at Berea College.

That work will now expand from 35,000 students to 45,000 students thanks to a new $6 million implementation grant that Berea College won Tuesday through the U.S. Department of Education’s 2016 Promise Neighborhood competition. The grants are renewable for up to five years.

Berea, which in 2011 became the nation’s first rural Promise Neighborhood grantee, is one of two institutions of higher education among the competition’s six winners. The other is Drexel University, which plans to use its grant in a two-square-mile area near University City in Philadelphia.

Patterned after Geoffrey Canada’s Harlem Children’s Zone, projects funded by the Promise Neighborhood grants are meant to provide “cradle-to-career support for at-risk children in communities across the country, offering meaningful resources that will help them achieve their potential,” U.S. Secretary of Education John B. King Jr. said Tuesday in announcing the latest grantees.

Leaders at both Berea and Drexel say a major thrust and focus of their work through the Promise grants will be to help launch more students from impoverished circumstances into more prosperous lives by way of college.

“One of the goals is the college-going piece,” Gentry said Tuesday in a phone interview with Diverse.

“We want all kids to increase high school graduation and increase college going and college success,” Gentry said. “A big piece of this work involves putting staff in community colleges and four-year colleges to keep supporting them while they’re there.”

In Philadelphia, the Promise Neighborhood grant will be used to “focus on a strong model of school reform” and bring “trauma-informed supports” into seven local schools and community settings, according to Lucy Kerman, senior vice provost for University and Community Partnerships at Drexel University.

“The overarching goal is to ensure that children growing up in this neighborhood—which is adjacent to a thriving ‘innovation district’ around Drexel, the University of Pennsylvania, the University City Science Center, and several hospitals—have the skills they need to be successful in the jobs that are coming to the City of Philadelphia,” Kerman said in a statement provided to Diverse.

Promise Neighborhood grants have been around since the early part of the first term of the Obama administration. They were inspired by Geoffrey Canada’s Harlem Children’s Zone, which began as a one-block pilot in Harlem in the 1990s and eventually evolved to serve nearly 100 blocks in Harlem with “comprehensive, critical support to children and families.”

The idea was that the federal government could replicate the Harlem Children’s Zone in cities throughout the United States and end intergenerational poverty for children by serving them through “Promise Neighborhoods.”

In a press call Tuesday, Secretary King said a total of $286 million has been awarded to nearly 700 schools and 1,000 community partners through the Promise Neighborhood program, which involves multi-year grants—and which, for the most part, require grantees to secure matching grants—in order to sustain the work over time. The grant competition is open to nonprofits, colleges and universities, and Indian tribes.

The other four winners of the implementation grants announced Tuesday were:

King called the Promise Neighborhoods “proof that, when whole communities join forces, they can achieve together what no single organization can address alone.”

At the same time, questions have been raised about the extent to which Promise Neighborhoods can be evaluated properly to determine how much bang taxpayers are getting for their bucks.

For instance, a 2014 Government Accountability Office report states that, while the Department of Education requires Promise grantees to develop “information systems and collect extensive data,” the department has not developed a plan to evaluate the program.

“Absent an evaluation, Education cannot determine the viability and effectiveness of the Promise program’s approach,” the report states.

And a 2015 issue brief raises similar concerns, stating that Promise Neighborhoods are “in the early implementation stage of a long-term endeavor to improve the educational outcomes of the communities they serve” and that “the complexity of the Promise Neighborhoods effort makes it challenging to study, and future research will need to take that into account.”

Gentry also provided some “data points” on what Berea College has achieved since it became the first rural Promise Neighborhood grantee in 2011 and began to offer services in Clay, Jackson and Owsley counties in rural Appalachia.

Among other things, the data provided by Gentry show that:

“The system will allow Drexel to evaluate outcomes among children living and attending school in the Promise Neighborhood as well as to track annual progress in educational, family, and community support indicators,” Kerman said. “Drexel University will work with partners to establish clear annual goals for evaluating progress and leveraging resources.”

Kernman said Drexel has identified $76.7 million in matching funds for the grant, including funds from Drexel University, The School District of Philadelphia, the City of Philadelphia, Wordsworth, Philadelphia LISC, People’s Emergency Center, and Mount Vernon Manor, and existing investments from The William Penn Foundation and the Lenfest Foundation.

“This is more than double the required one-to-one match,” Kerman said. “The proposed continuum leverages significant existing investment in the Promise Zone.”

Kerman said the project includes “many systems changes that will result in the long-term institutionalization of the proposed solutions.”

“Drexel and partners envision this award as the seed investment in a long-term strategy to effectuate real change in West Philadelphia,” Kerman said.