‘Obama’s Legacy’ Portrays President as a Force for Good Government

By objective measures, President Barack Obama has been one of the most consequential presidents in the modern era, according to Philadelphia Daily News Editor Michael Days in his book, Obama’s Legacy: What He Accomplished as President.

With just a few weeks before Obama leaves office, the book is one of the earliest attempts to put in context the president’s achievements. There have been many. 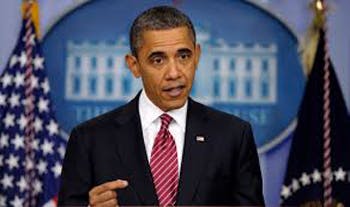 For example, he will be remembered for pulling the U.S. economy from the brink of depression, creating nearly 14 million jobs, saving the auto industry, restoring relations with Cuba, and avenging the deaths of nearly 3,000 people massacred on 9/11 by killing Osama bin Laden, the founder of al-Qaida, which claimed responsibility for the attacks.

On economic indicators alone, Obama is credited with the longest streak of job growth in U.S. history, reducing the unemployment rate to 4.9 percent down from 10 percent his first year in office after the market meltdown. He will leave a rebounding stock market that has increased 11.8 percent and with record highs for the Dow Jones Average ranging from 15,000 to 17,000, following the record lows of the Great Recession under his predecessor. Oh, and Obama also reduced the federal budget deficit by a two-thirds.

These accomplishments and more are enumerated in Obama’s Legacy. Days presents readers with a comprehensive overview of the work done by a president who has forged ahead despite a hostile Congress, led by Republican Majority Leader Sen. Mitch McConnell of Kentucky, who vowed, unsuccessfully, to make him a one-term president.

Instead, President Obama, who will leave office after eight years with an unprecedented 50 percent approval rating, found a way to overhaul the health care system, something many presidents have tried, but no one else succeeded. Days says, as the first Black president, his hard-won victory came against a backdrop of racist commentary in traditional and social media and open defiance from ultra conservatives that threatened to derail his second term.

But Obamacare, as the Patient Protection and Affordable Care Act is colloquially known, changed the way doctors, hospitals and insurers treat patients. It has provided health care for nearly 20 million people, according to the U.S. Department of Health and Human Services, and banned insurance companies from denying coverage because of pre-existing health conditions.

The book doesn’t dwell on the technological troubles in rolling out the new health care system. Rather, it focuses on the urgency to update the digital infrastructure of the federal government with the new Digital Services agency, a cadre of technologists led by Silicon Valley recruits charged with training government employees in an effort to have technology expertise and efficiency trickle down to state and local governments.

Similarly, the book details how Obama strengthened academic standards in schools in the Race to the Top program and worked to remedy disparities in prison sentencing and the begin to reform mass incarceration.

There will be many retrospectives that examine Obama’s tenure, but as the first blush of history, Days’ book offers an expansive perspective and extensive bibliography, index, sources and other details for future presidential scholars and authors to dig into.

Obama’s Legacy can also serve as a keepsake along with the Obama “Hope” posters and inaugural memorabilia as a reminder of how the president’s efforts impacted all quarters of society from women’s rights to LBGTQ rights to environmental protection and the banking industry.

In this book, you won’t find much about the things he failed to accomplish, such as gun control and immigration reform. And with many of his changes done by executive action, the next president could undo much of his work. Although the next administration has the president’s accomplishments in its sights, Obama’s vision for government as a force for good will not be diminished.

And President Barack Obama will be remembered, as actress Cecily Tyson noted at Howard University’s 2016 commencement, as someone of “character, integrity and resilience.” It’s that kind of heritage that the next administration will certainly be hard pressed to duplicate.

Ingrid Sturgis is an associate professor specializing in new media in the Department of Media, Journalism and Film at Howard University.