PHILADELPHIA — In the wake of a steady decline in undergraduate enrollments within the humanities, the outgoing president of the Modern Language Association (MLA), called on scholarly organizations such as MLA to do a better job of making the case for why a liberal arts education still matters.

In an interview with Diverse at the 132nd MLA Annual Convention in Philadelphia, Dr. Kwame Anthony Appiah said that the declining numbers of students majoring in the humanities is reason to be alarmed. 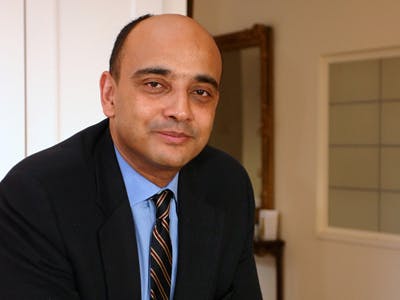 “I think we need to do a better job in explaining what we’re doing,” said Appiah, a New York University philosophy professor and one of the nation’s most recognized public intellectuals. “We have the greatest collection of humanists that have been assembled, but the value of that is not being as generously shared, I think, as it could be. So as long as that goes on, I think that we will be continuing to face downward pressure.

“So, we have to work very hard to make the case that, both for the purposes of life, citizenship and work, a solid education in the humanities is a crucial thing for many, many people.”

Appiah, whose term ended as president of MLA on Sunday, said that the association is committed to engaging with middle and high school literature and language teachers much more directly. The Association’s Working Group on K-16 Alliances has been geared toward K-12 teachers.

That’s a good step in helping middle and high school students interested in pursuing higher education know that majoring in subjects such as English or Philosophy can provide a solid foundation for equipping them with life skills, Appiah said.

“I think the key thing that humanists ought to be insisting, is that you have to think of education as a preparation for life. It’s not just the preparation for work,” said Appiah, who is the best-selling author of several books, including In My Father’s House: Africa and the Philosophy of Culture, Color Conscious: The Political Morality of Race and Cosmopolitanism: Ethics in a World of Strangers. “The humanities give you tools for critical thinking, for reflection on what your life is about and what is meaningful in whatever work you are doing.”

Still, colleges and universities across the country are reporting a continuous dip in students who are majoring in the humanities. That decline has translated into the loss of tenure-track lines.

Complicating the matter, there has been a steady push by MLA officials that Ph.D.s in the humanities should consider using their graduate degrees to acquire alternative positions outside of the academy.

Though other scholarly associations have been making similar arguments in recent years, the issue remains contentious, particularly among the Association’s rank and file.

“We shouldn’t think of someone who gets a Ph.D. and works in a museum or a foundation as a failure,” said Appiah.

His election to the MLA presidency was somewhat untraditional because, despite his interdisciplinary research background, his primary academic home is the philosophy department and not a language or literature department, as has been the case with past MLA presidents.

“It’s our job to explain things and make things as clear as they can,” he added.

Humanities, Appiah argued, have been under attacks by state legislators across the country who have slashed financial support for academic disciplines.

“It’s obviously a fact, that bears reflection, that many legislators, especially Republican-led legislations, think humanists are sort of intrinsically hostile to the more conservative, political agenda. And so I suppose what they think is that funding humanities education is kind of subsidizing the enemy, he said. “My own sense is that responsible teaching in the humanities does tend to make you more cosmopolitan, but I don’t think that someone who has developed a sort of well-thought-out conservative position can’t gain a great deal from courses in literary studies, history, philosophy, and so on.

“There are students who think it’s pointless, but I think there are at least as many people, though I haven’t done any polling, who would love to get a liberal education — who want to study the humanities, but who feel pressure to do things they think will be better preparations for a job,” he added.

For four days, more than 6,000 attendees interrogated these kinds of questions and shared experiences on how they found ways, for example, to introduce difficult topics such as slavery, rape and genocide into class discussions and readings.

Meanwhile, the Delegate Assembly of the MLA voted down a resolution endorsing an academic boycott of Israel.

The resolution was rejected on Saturday by a vote of 113 to 79. Following the voting down of the Israeli boycott resolution, the convention delegates approved a proposal that calls for the rejection of all academic boycotts, including of Israel, by a vote of 101 in favor and 93 against.

Each year, MLA participants gather for presentations, discussions and debate on a wide array of topics related to the study and teaching of modern languages, literatures, digital media, and the arts and humanities more broadly. The convention is the world’s largest gathering of humanities scholars.