If your school or university has been mum on Trump’s executive orders on sanctuary cities and the wall on Mexico, the very last one signed Friday on a temporary ban on Muslim travel, should have you cranking out your PR statements post-haste.

Where do the sane folks of higher ed stand? 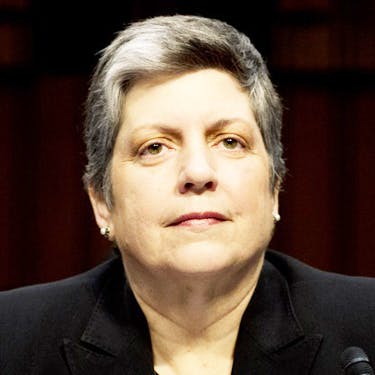 Universities, especially public institutions, have a major role in the moral leadership of America and should not shirk that responsibility.

“We are deeply concerned by the recent executive order that restricts the ability of our students, faculty, staff, and other members of the UC community from certain countries from being able to enter or return to the United States,” said Napolitano in a statement issued Sunday.

“While maintaining the security of the nation’s visa system is critical, this executive order is contrary to the values we hold dear as leaders of the University of California,” the statement continued. “The UC community, like universities across the country, has long been deeply enriched by students, faculty, and scholars from around the world, including the affected countries, coming to study, teach, and research. It is critical that the United States continues to welcome the best students, scholars, scientists, and engineers of all backgrounds and nationalities. We are committed to supporting all members of the UC community who are impacted by this executive action.”

The statement is signed by Napolitano and the chancellors of the 10 UC campuses.

The responsibility of the university system is enormous, with an endowment of $14 billion, an annual budget of $28.5 billion, and a student population of nearly 250,000.

It has already showed leadership on providing sanctuary to the undocumented.

That DACA has yet to be reversed in a first week Trump executive order may come as a relief to some. Nevertheless, Trump’s travel ban signed Friday was still a threat to higher ed and the diverse populations it serves.

Certainly, it did not take long for the UC to let the public know its position.

When the president of the nation acts irresponsibly by putting out half-baked orders that create chaos and protests at our nation’s airports, university officials need to be the beacon of sanity, reassuring the public that our educational institutions can still be relied upon for guidance.

Emil Guillermo is a veteran journalist and commentator. He writes for the civil rights organization AALDEF at http://www.aaldef.org/blog.