On Martin Luther King Jr. Day, Earlham College, where I teach psychology and neuroscience, was blessed by a visit from the Rev. Dr. Michael Eric Dyson. Students, faculty and community members packed our largest auditorium for his evening lecture. 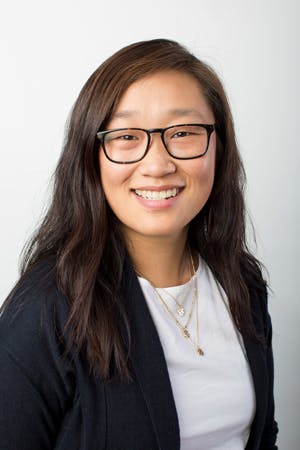 If you’ve ever heard Dyson speak, you will know what I mean when I say that it was a religious experience. “Preach,” “amen,” and other shouts of assent filled the room as Dyson delivered a talk that some have described as part hip-hop concert, part Black Baptist church. By the way, at Earlham, Dyson would simply be known as Michael. No disrespect intended, we all go by first names at Earlham; it is just one of the many ways that Earlham’s deep Quaker roots manifest today.

Though our students and faculty now practice many faiths, the Quaker notion of peace and justice courses through the life of our community. Quakers were deeply involved with the abolitionist movement in Indiana. In April 1959, when Dr. Martin Luther King Jr. came to speak at Earlham, he commended our Quaker dedication to racial equality and spoke to that aspect of the college as a motivation for supporting the civil rights movement (there is a soon-to-be transcribed tape of his speech).

In 1966, when Sybil Jordon — one of the first Black students to graduate from Little Rock (Ark.) Central High after the city’s fierce resistance to its integration — graduated with a bachelor’s in English literature from Earlham, she spoke of her experience as “fun, challenging, and exciting.” Many students are drawn to Earlham because of this tradition of social justice.

It is no surprise, then, that Dyson’s lecture (or should I say sermon?) was well-attended. He spoke to many of the students in our community, many of whom are familiar with Dyson’s liturgical tradition. He made references to people, places and things without explanation, speaking to an in-group that, for once, included the students who may have otherwise felt excluded at a typical university guest lecture. Our students are admirable and fiery activists — the most visible ones living out their convictions out loud with protests, sit-ins and walkouts.

In the classroom, I’ve come to know another group of students who live out their convictions more like a long-burning flame. I think about these students a lot in this new era in the United States because I relate to them to most. As a professor, I encouraged students to join Women’s March events, but I stayed in the classroom. I have read my share of books and articles on diversity in higher education (I recommend Sara Ahmed’s On Being Included), but I have never participated in a protest myself.

I think there are many people who would say to me, as they would to my students, that silence is an act of violence. I completely agree with this sentiment. No question. Period. I write this piece now, however, because in these last months, I’ve seen more fighting in the family than I have in a long time, and it needs to be acknowledged that there is an important difference between the silence of complicity and the “silence” of those who’s hate for injustice burns in a different way.

Simply put, I am not silent when I use my classroom to normalize diversity. Neither are those students (at least, not all of them), who do not show up to the sit-ins, protests and rallies silent in the way they are often times accused of by their peers.

There was a moment during Dyson’s talk at Earlham where he joked about teasing his students for missing his class in order to organize meetings or discussions. He admonished them, something saying like, “You’re not going to know what to discuss if you miss my class.” He goes on to entreat the students to read, attend class and get good grades. It was at this point that all the faculty in attendance began hollering and clapping and raising our hands. Is Dyson suggesting that activism is less important than attending class? No. Instead, I think what he is saying is that knowledge has an immeasurable power, and we must harness it. Dyson ended that moment with a memorable phrase, “Dean’s List Subversives,” which describes so well my not-so-silent students.

Our Nigerian psychology senior was not silent when she chose to do a study highlighting colorism and the attractiveness bias in the hopes that disseminating her research would extend the scope of conversations about race. Nor was my thoughtful Vietnamese student silent when she lent her videography, photography and design skills to the winning team in the national competition of ideas for combating violent extremism.

I also think of Dorothy Vaughn, who has quickly become a hero of mine after I heard her story told in Hidden Figures. Dorothy saw that electronic computers would soon replace their human counterparts. Her activism was explicit when she fought for the supervisor title that should have been hers, but she fought like a “Dean’s List Subversive” when she took classes and studied FORTRAN, a programming language that would allow her to work the electronic computers, long before others at the office did. You better believe she leveraged the power of knowledge to keep her job and the job of the other Black computers.

You are not hearing me preach respectability politics in any way. You are not hearing me tell anyone to play the kowtowing servant, to placate rather than resist oppressive powers. What you are hearing me say, I hope, is this: let us fight together in a coordinated, multidimensional, all-hands-on-deck strategy against the present powers of hate. Moreover, while we refuse fervently to normalize sexism, racism and other forms of discrimination, let us work just as hard to normalize instead diversity, community and love.

Michelle Tong is an assistant professor of psychology/neuroscience at Earlham College. She cites Thomas Hamm’s Earlham College: A History, 1847-1997 as the source of historical facts about the institution.