In the aftermath of President Trump’s executive order on immigration, colleges and universities acted quickly to express their condemnation of the order. Numerous college and university presidents released statements affirming their support for faculty, staff and students from international locales, and disavowing the isolationist stance that the order would appear to propagate. 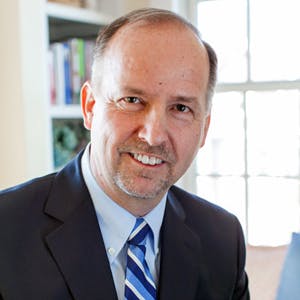 Wheaton College, a small, private, liberal arts institution located in Norton, Massachusetts, took that one step further by announcing on Tuesday that it would institute a scholarship for a refugee, with preference given to an individual from a country listed in the order. The order bans travel to the United States for individuals from Iran, Iraq, Libya, Somalia, Syria, Sudan, and Yemen for 90 days. All are Muslim-majority nations.

“We have students here already from what would be described as refugee populations, and our scholarship programs bring in students from all over the world,” Wheaton President Dennis M. Hanno told Diverse. “So I would say that this is an increment in our commitment to bringing students from wherever they are to Wheaton College, and also a strong message to prospective students about what kind of place Wheaton is and how they would flourish if they came here.”

Wheaton, not to be confused with a Christian college of the same name located in Illinois, is a diverse institution located south of Boston that serves 1,650 students. In total, 76 countries are represented among the student body. A school representative said that a “handful” of those students come from the seven countries mentioned in the order. Hanno said that he reached out to students from the countries impacted by the order personally over the weekend.

“We’ve already supported students from conflict areas in the sense that it’s not always safe for them to go home, so we’ve enabled them to stay here throughout the year,” Hanno said. “Some of them haven’t been home in several years, even though their families are there.”

The scholarship will cover tuition, room and board, and travel and summer expenses for one student for four years. According to a school representative, Wheaton has not yet determined whether the scholarship will be awarded to a new refugee student annually going forward.

Although Wheaton’s application deadline for fall 2017 has already passed, it will be extended to March 1 for this particular scholarship. Funds for the scholarship will come out of the school’s financial aid budget and Hanno noted that he had already received emails from individuals interested in supporting the initiative after it was announced at approximately noon on Tuesday.

Hanno said that the order could have a chilling effect on international student applications to U.S. colleges and universities. Fewer international students attending American institutions of higher education would be a “huge loss” for the country, Hanno said, adding, “Higher education in the U.S. has always been a beacon of opportunity for students from around the world and I’d hate to see that beacon get dimmer.”